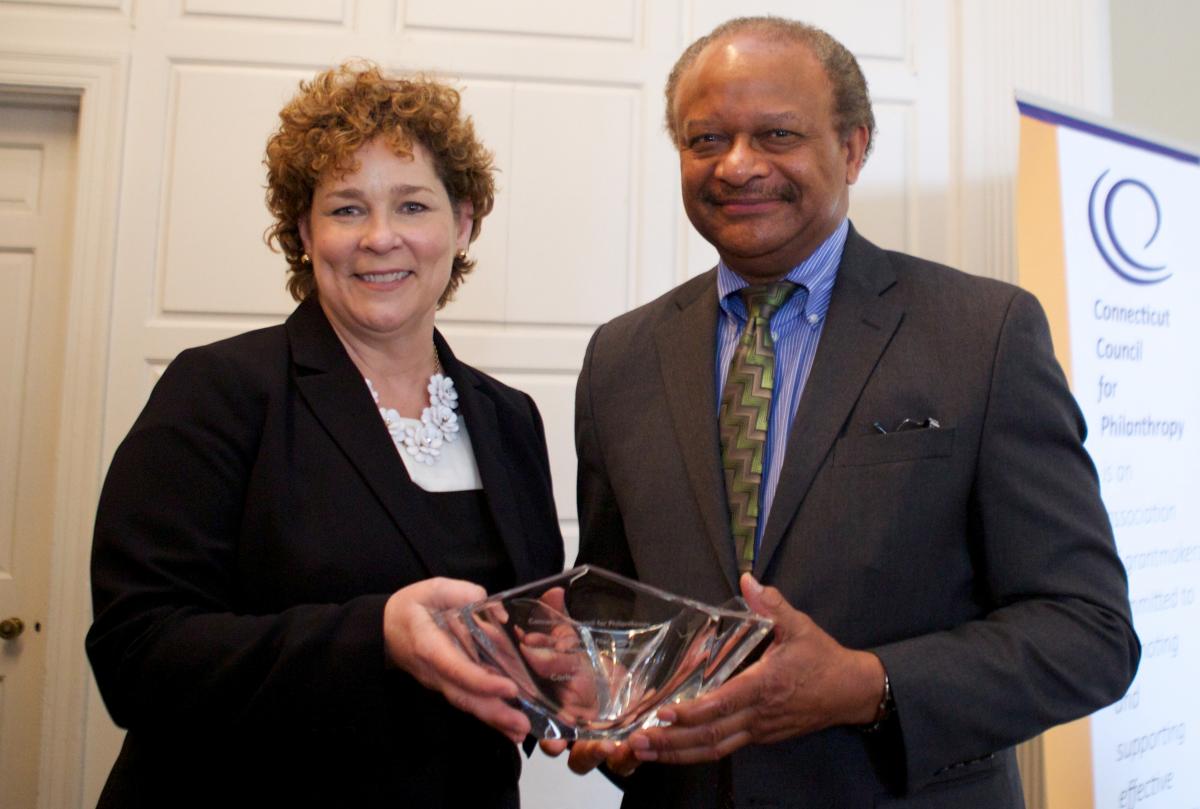 HARTFORD, CT – The Connecticut Council for Philanthropy named CARLTON HIGHSMITH the recipient of the 2014 John H. Filer Award for his leadership in promoting private action for the public good.

Carlton, a resident of Middlebury, founded Specialized Packaging Group (SPG) in 1983 and served as its President and Chief Executive Officer until his retirement in 2009. Carlton is a Director at First Niagara Financial Group, where he serves as Chair of the Governance Committee. He serves on the Federal Reserve Bank of Boston New England Advisory Council and is a member of the Yale New Haven Hospital Board of Trustees, where he serves on the Finance and Budget Committee.

William Ginsberg, President and CEO of The Community Foundation of Greater New Haven, describes Carlton as “. . . a community leader in Greater New Haven in the best and broadest sense, building and guiding several important institutions, both new and well-established.  At the same time, he has moved beyond the institutional realm, serving as a personal mentor and an inspiration to so many in our community.”

Carlton has for many years devoted himself to supporting education at all levels. He is a longtime leader at Quinnipiac University, where he has been a generous supporter of scholarships for African-American students and a leading benefactor of entrepreneurship programs and where he currently serves as Vice-Chair of the Board of Trustees.  He serves as a board member of Achievement First, New Haven's homegrown national leader in charter school management.

Carlton is Chair of New Haven's I Have a Dream Foundation, which he helped to found in 1993 as the vehicle to "adopt" an entire class of fourth grade students at New Haven's East Rock Community School, promising to pay their college tuition if they pursued post-secondary education. Carlton has served as Chair of Connecticut Center for Arts and Technology’s (ConnCAT) board since its founding in 2011, and is a leading donor to the project as well.

About the John H. Filer Award
The award honors the life and work of the late John H. Filer, former chief executive of Aetna Life & Casualty Company, who was known for his bold support of corporate citizenship and who helped reassert the American commitment to private philanthropy in the 1970s. Each year, the award recognizes an individual or individuals who embody an entrepreneurial spirit and leadership in promoting the field of philanthropy, and have demonstrated a creative response to solving societal problems. For more information about the Filer Award including previous recipients visit the Council’s website.