HARTFORD, CT— The Connecticut Council for Philanthropy (CCP) announced new board and staff leadership at its Annual Philanthropy Luncheon and Conference on May 13 at the Trumbull Marriott.

Judith Meyers, president and CEO of the Children’s Fund of Connecticut (Farmington), is the newly elected board chair. Judith succeeds Sue Murphy, executive director of Liberty Bank Foundation (Middletown and Colchester), who completed two years as chair and eight years of service as a board member.

Emily Tow Jackson, president and executive director of the Tow Foundation (New Caanan) was recognized for completing her board term. Emily served on CCP’s board beginning in 2010 and played a vital part in implementing its strategic plan.

For a complete listing of the 14-member Board, visit the Connecticut Council for Philanthropy’s website at https://www.ctphilanthropy.org/about/board.

CCP also announced that Dave Davison has accepted the position of interim president while a national search is being conducted to replace Maggie Gunther Osborn who is leaving CCP at the end of June to assume the post of chief strategy officer for the Forum of Regional Associations of Grantmakers (Forum) in Washington, DC.

Dave recently retired as president of the American Savings Foundation.  He also served as a CCP board member and board chair and most recently as a member of the strategic planning committee.  Dave also serves on the government relations and policy committee of the board.  He is intimately familiar with the important work of CCP and will carry the momentum forward while a permanent leader is sought. Michael Johnston will serve as chair of the search committee.

The Connecticut Council for Philanthropy (CCP) is an association of grantmakers committed to promoting and supporting effective philanthropy for the public good. CCP’s 109 members are foundations (private, corporate, community), business and corporate giving programs, bank trusts, donor-advised funds, individual philanthropists and those serving the philanthropic sector. CCP members granted more than $720 million in 2013 from assets of more than $6.3 billion. CCP is a member of The Forum of Regional Associations of Grantmakers (The Forum), the largest network serving philanthropy in America. 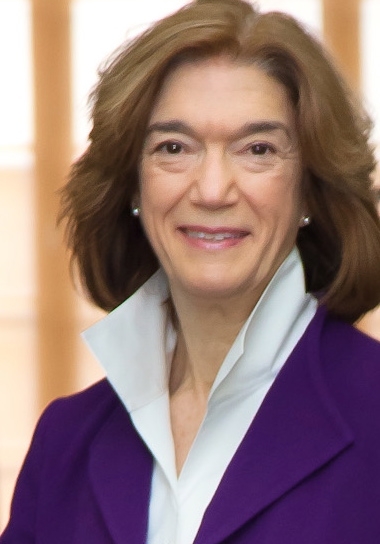 Judith Meyers, PhD, has been a CCP board member since 2009. Judith is the president and CEO of the Children’s Fund of Connecticut, a public charitable foundation, and its subsidiary, the Child Health and Development Institute of Connecticut.
For more than 15 years she has led the organizations efforts to improve the health, mental health and early care systems for children in Connecticut. A clinical and community psychologist, Judith currently holds faculty appointments at the University of Connecticut School of Medicine and the Yale University Child Study Center. Her work in public policy includes positions as Associate Director of the Bush Program in Child Development and Social Policy at the University of Michigan, Senior Policy Advisor to Massachusetts Governor Dukakis, Administrator (Director) of the Iowa Division of Child and Family Services, and Senior Associate at the Annie E. Casey Foundation.
In Connecticut, she has been appointed to the Governor's Early Care and Education Cabinet, the Governor's Blue Ribbon Commission on Mental Health, the Lt. Governor's Mental Health Cabinet, the Behavioral Health Partnership Oversight Council and the CT Kids Report Card Leadership Committee. She currently serves as a trustee of the Grossman Family Foundation. 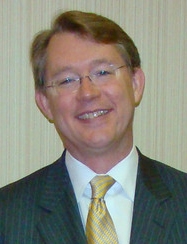 Michael Johnston has been a CCP board member since 2013. He joined the Jewish Community Foundation of Greater Hartford (JCF) as President and CEO in February of 2012. JCF is a center of Jewish philanthropy dedicated to unlocking the transformative power of individual and collective philanthropy to solve problems, strengthen community organizations and provide permanent support for the community.
Prior to joining the Jewish Community Foundation, Michael served as CEO of the United Way of Western Connecticut. While there, he was instrumental in re-visioning the United Way’s mission and strategy, including the launch of special initiatives in childhood obesity, early childhood education and family financial stability. Under Michael’s leadership, the United Way of Western Connecticut received the Grant Professional Association’s national award for a creative social media fundraising campaign called Take Five to Give Five and significantly increased non-workplace based individual giving for the United Way’s initiative efforts.
Before he found his calling in the world of philanthropy, Mr. Johnston spent more than 20 years working in the financial services industry. His experiences included serving as Chief Financial/Chief Operating Officer for two innovative, early-stage venture-capital backed e-commerce companies, leadership roles at GE Capital in both New York and Stamford and research and investment banking roles for several Wall Street firms. Michael began his career working as an economic analyst for the Department of City Planning of the City of New York.
Michael is a past board member of the Interfaith Council of Southwestern Connecticut and currently serves on the advisory board of Drew University's Center for Civic Engagement. He has held volunteer leadership roles at several synagogues and has been an active volunteer with soup kitchens, homeless shelters, and mentoring programs in a number of communities. Michael is also a certified companion for the terminally ill through the Doula to Accompany and Comfort Program run by the Shira Ruskay Center of the Jewish Board of Family and Children’s Services in New York City.
Michael holds an MBA and a Master of Urban Planning from New York University, and a BA in Political Science from Drew University. He currently lives in Bloomfield, Connecticut with his wife Corinne.

R. David Addams is executive director of the William Caspar Graustein Memorial Fund. Previously, he was executive director of the Oliver Scholars Program. He spent his early career as an attorney and a specialist in negotiation, mediation, and conflict resolution.
Over the last 25 years, he has served in various nonprofit management positions including executive director of Associated Black Charities and vice president of the New York Urban League.  He was also deputy Manhattan Borough president and chief of staff at the Manhattan Borough President's Office, deputy director of the New York Civil Liberties Union and director of Affiliate Diversity and Strategic Initiatives for the American Civil Liberties Union. He served as a visiting distinguished professor of Public Policy and Administration at Brooklyn College and an adjunct professor of public policy and law at Brooklyn College Graduate Center, City College of New York's Center for Legal Education and City University of New York Law School at Queens College.
David received his BA magna cum laude from Princeton University, his MSJ from Columbia University School of Journalism and his JD from Columbia University School of Law. Addams was admitted to the bar in the state of Michigan. A native of Chicago, Addams is married to Zanetta and father to Jelani, Tariq and Khalil. 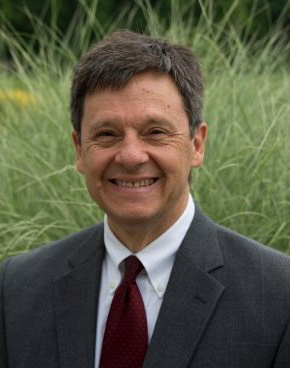 David Davison retired after 16 years as president & CEO of the American Savings Foundation at the end of 2015. Based in New Britain, CT, the foundation was originally established by a local bank, and is now a permanent charitable endowment that provides grants to nonprofits and college scholarships to area students. The Foundation contributed nearly $45 million during his tenure to a wide variety of organizations, causes, and projects. The Foundation's After School Initiative in New Britain earned statewide and national recognition as a model for community collaboration and impact, including an award for Davison's leadership in the field from the National After School Alliance.
While at the American Savings Foundation Davison served for 10 years on the board of directors of the CT Council for Philanthropy, including two years as chairman. He continues to serve on several nonprofit boards and committees.
A New York City native, Davison began his career in the nonprofit world 40 years ago working with children and families in a settlement house on the city's Lower East Side. He holds a BA in English Literature from City College of New York, and a MA in Creative Writing from City University of New York. He moved with his wife and two daughters to Connecticut in 1994 when he took a job in the development office at the Yale School of Medicine.  With their children grown, Davison and his wife, Emily, live in Guilford where they enjoy hiking, biking, swimming, and paddling their canoe together.

HARTFORD, CT -- Everyday Democracy is looking for a resourceful and strategic digital community builder to join our team in a new role as our Digital... more »