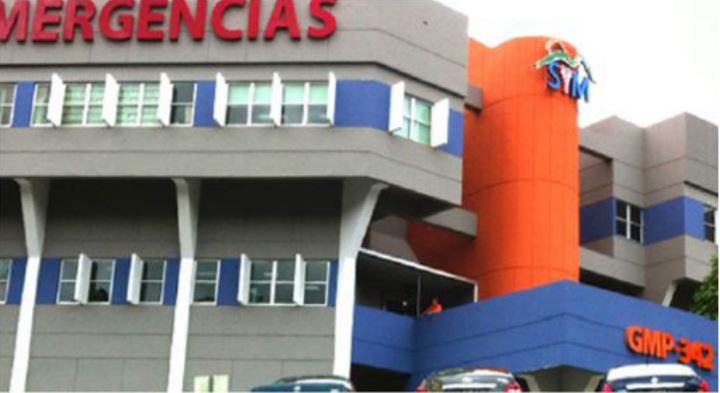 Hurricane Maria caused an unprecedented level of destruction when it struck Puerto Rico on September 20, 2017. The aftershock has been a slow, painful recovery effort. On November 15, The Progreso Latino Fund at The Community Foundation for Greater New Haven hosted a visionary and big-picture conversation about Puerto Rico’s future in the aftermath of Hurricane Maria. Guests learned how nonprofit and philanthropic communities mobilized residents across the island and have taken lead roles in building sustainable energy projects, housing reconstruction, economic development, and a campaign on the island to equip 100 hospitals with electricity-producing micro-grids. Featured speakers from the island shared their unique perspectives on the future of Puerto Rico, their own sustainable renewal efforts, and discussed several unique community-based initiatives that demonstrate the resilience and determination of Puerto Ricans to stay and create a better future.

Since April, the Puerto Rico Community Foundation has teamed up with funders across the country, to equip healthcare centers on the island with solar-electric kits built to resist nature’s forces. So far, 13 are fully complete and 10 are nearly ready to begin installation. The Progreso Latino Fund has issued a $15,000 match challenge to provide a microgrid for a hospital on the island in Naranjito, Puerto Rico. Each unit costs $30,000 to fully equip a center and the goal is to fully sponsor one of the facilities. Read more >> 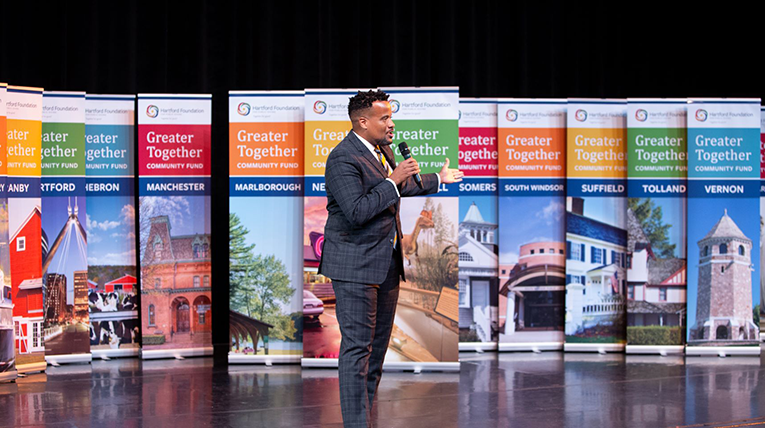 In 2018, the Hartford Foundation for Public Giving embarked on a listening tour to hear from the residents of the 29 towns the it serves. Residents were eager to share what they love about their communities, what challenges they face, and how the Hartford Foundation might help. After 16 stops meeting residents from 23 towns, one common theme emerged; residents understand the challenges they face in their communities but are often constrained by a lack of resources. This lack of resources include the need for more opportunities to meet with one another, share concerns, and work together with all members of the community to develop solutions, as well as funding.

In response to these community conversations, the Hartford Foundation has made an initial investment of $2.9 million to create the Greater Together Community Funds, which was announced at the Foundation’s Greater Together 2018 annual event. This effort establishes 29 separate $100,000 community funds, one for each of the towns in the Foundation’s region: Andover, Avon, Bloomfield, Bolton, Canton, East Granby, East Hartford, East Windsor, Ellington, Enfield, Farmington, Glastonbury, Granby, Hartford, Hebron, Manchester, Marlboro, Newington, Rocky Hill, Simsbury, Somers, South Windsor, Suffield, Tolland, Vernon, West Hartford, Wethersfield, Windsor, and Windsor Locks. The purpose of the Greater Together Community Funds is to support communities as they identify and address the unique needs in their own towns.

“We ask our residents to imagine what their communities can do with a fund like this,” said Williams. “What kind of projects can benefit their communities for years to come? How can they come together, work together to make their towns even more vibrant for all? This is a tangible way how we can all be greater together.”   Four more listening tours are scheduled in January and February of 2019.  Read more >>

Save the Sound's 2018 “Long Island Sound Report Card” contains remarkable evidence of improvement in Long Island Sound water quality. The report marked a welcome stamp of approval for more than a decade’s worth of federal and state investment in improvements to sewage treatment facilities in both Connecticut and New York. Save the Sound staff cautioned that individual beaches and bays face continued challenges (testing monitored “open water” conditions only), that the westernmost portion of the Sound remains stressed, and that climate change and population growth pose challenges requiring additional investment. Nonetheless, staffers and scientists alike were gratified to see proof that investment in water quality is paying dividends. The Long Island Sound Report Card was produced by Save the Sound using 2008-2017 data. Funding was provided by the Long Island Sound Funders Collaborative, a group of funders with missions that include protecting and restoring the Long Island Sound. Connecticut Council for Philanthropy members Jeniam Foundation, Fairfield County's Community Foundation, and The Community Foundation of Eastern Connecticut are among the participants of the Collaborative. Read more >>

There is good news for Connecticut communities that were served by Farmington Bank, which was recently acquired by People’s United Bank. The Farmington Bank Community Foundation, which was the charitable arm of First Connecticut Bancorp. Inc, the holding company of Farmington Bank, will continue on as a private charitable foundation. The Farmington Bank Community Foundation will keep on serving the communities of Hartford County and supporting its local nonprofits. The mission and emphasis remain the same with a focus on programs and services that assist households most in need, and make a lasting difference for the people and communities they serve. The Foundation will continue to be led full time by Executive Director Christine Traczyk. Read more >>

The Connecticut Council for Philanthropy has joined with the University of Connecticut Department of Public Policy and eleven other Connecticut public and nonprofit sector associations as a Partner Organization of the Public Service Executive Leadership Collaborative. As a Partner Organization, employees of the Connecticut Council for Philanthropy, its members, and their grantee agencies receive substantial discounts to attend workshops in a shared learning environment with public sector and nonprofit professionals. The workshops for January - May have been announced. The next full-day workshop will be Friday, January 25, 2019. Creating, Managing, and Governing Cross-Sector Strategic Collaboratives with Anne Yurasek of FIO Partners. Read more and register >>

Tax Bill Revised and Ready for House Vote
From United Philanthropy Forum: Tax Policy Center reports, “Outgoing Ways & Means Chair Kevin Brady revised his catch-all tax bill one more time, adding a few more tax extenders. His plan: Bring it to the Rules Committee on Wednesday and schedule a vote for Thursday or Friday—just as Congress may be scrambling to avoid a government shutdown. Senate Finance Committee chair Orrin Hatch says he is supportive. There is no chance Congress will pass the measure though a few provisions could find their way into a last-minute catch all spending bill.”

Unrelated Business Income Taxes (UBIT)
From Council on Foundations: "On Monday, Treasury and IRS issued Notice 2018-99 to provide interim guidance to charities for calculating unrelated business income taxes (UBIT) on parking and transportation benefits. This new tax on nonprofits was passed into law under the 2017 tax code overhaul. Effective Jan. 1, 2018, any charity that provides parking or transportation benefits to employees became liable for UBIT on these benefits. These taxes will be due at the end of the 2018 tax-filing season. The guidance states that any organization providing subsidies for parking or transportation (up to $260 per employee per month) will be liable for a 21% tax (the current corporate tax rate) on the total amount.

Public Charge
For purposes of determining inadmissibility, “public charge” means an individual who is likely to become primarily dependent on the government for subsistence, as demonstrated by either the receipt of public cash assistance for income maintenance or institutionalization for long-term care at government expense -- From US Citizenship and Immigration Services

The Community Foundation of Eastern Connecticut

Links are provided to funder sites for updated information, current deadlines, and how to apply. Check eligibility and deadlines carefully.

Other Grants and RFPs

THE POWER OF GOOD PEOPLE

Fairfield County’s Community Foundation has announced the appointment of Martha Olson of Darien as chair for its Board of Directors, as well as, the addition of three new Board members, and a new slate of officers. “The Community Foundation is fortunate to engage talented, philanthropic individuals who are truly committed to improving the quality of life for all residents of Fairfield County,” stated Juanita James, President & CEO, Fairfield County’s Community Foundation. She continues, “We welcome Jennifer Hill, Mark Riser, and Mary Woods to our Board of Directors. And we are also pleased to announce our newly elected officers to lead us in pursuing  FCCF’s goal to close the opportunity gap in Fairfield County.”  Briggs Tobin and  Clayton Fowler will serve as Board Vice Chairs; Edwin Ford was appointed as treasurer, and Johnna Torsone was appointed as secretary.  Read more >> 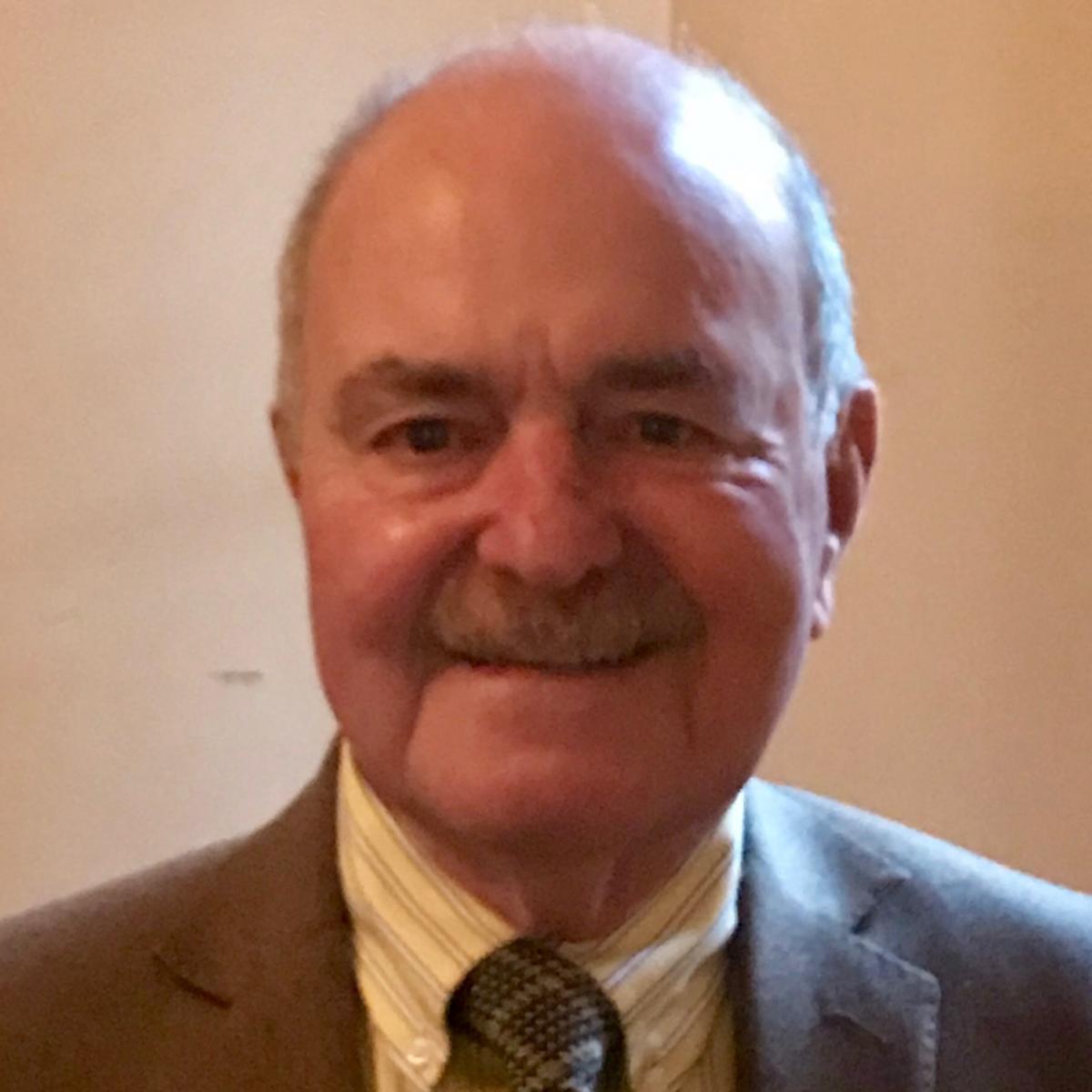 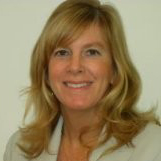 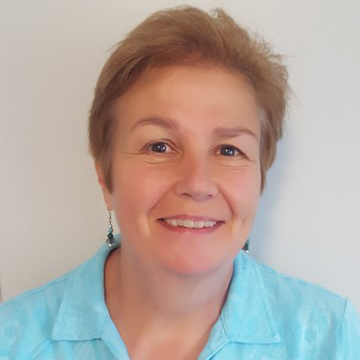 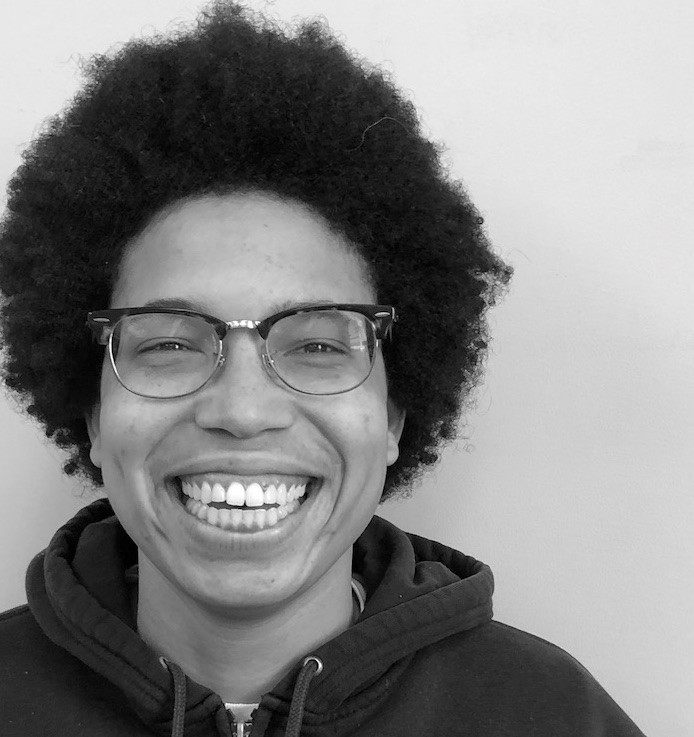 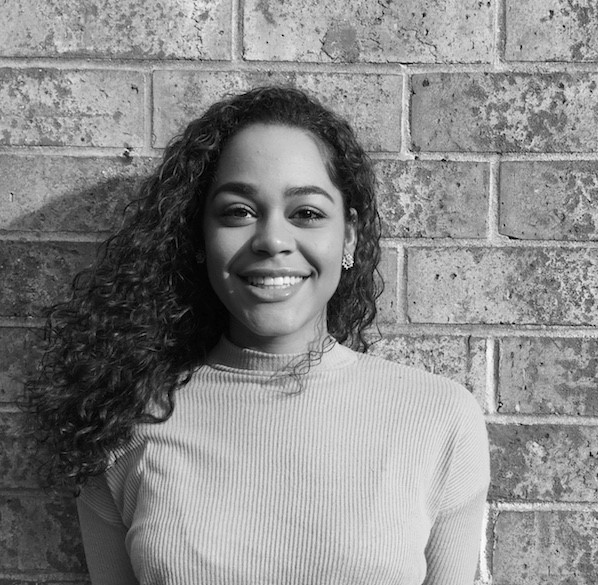 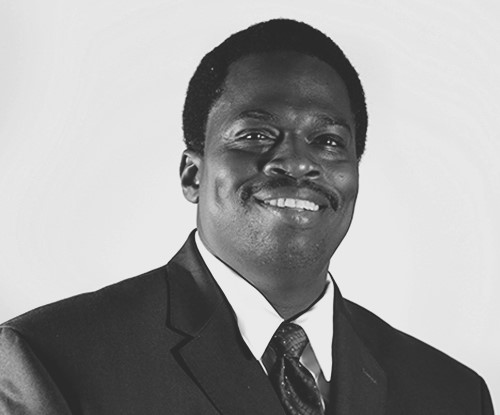 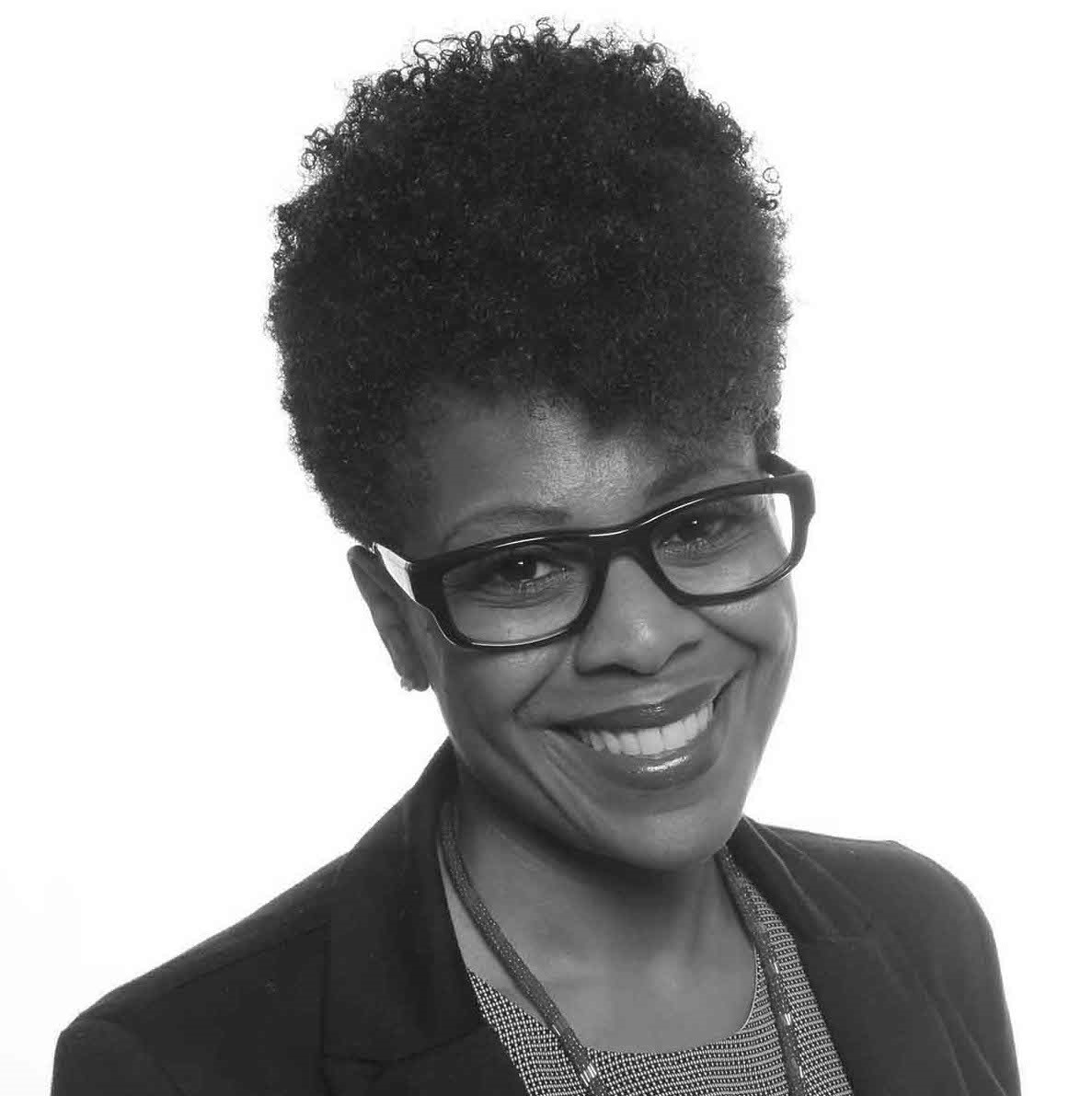 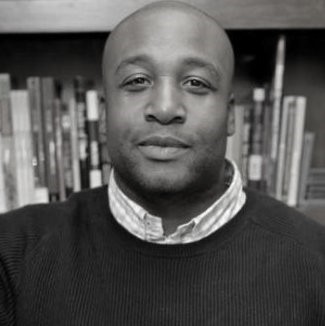 The Perrin Family Foundation trustees recently announced the launch of and appointment of five members to a Strategy Council. The Council will ensure the efficacy and impact of the Foundation's work, making it a better partner and a more accountable institution. The Foundation's strategies must honor, reflect, and intentionally activate the knowledge, expertise, and experiences of those living and leading social change efforts in the communities it serves. The council members are:

Celebrating 18 Years of Service to the Community - Jarre Betts' Retirement

Jarre Betts, vice president of programs at Main Street Community Foundation, retired after 18 years of service in December 2018. Her colleagues and community created a video to show their appreaciation. Congratulations, Jarre, and we wish you all the best in retirement! 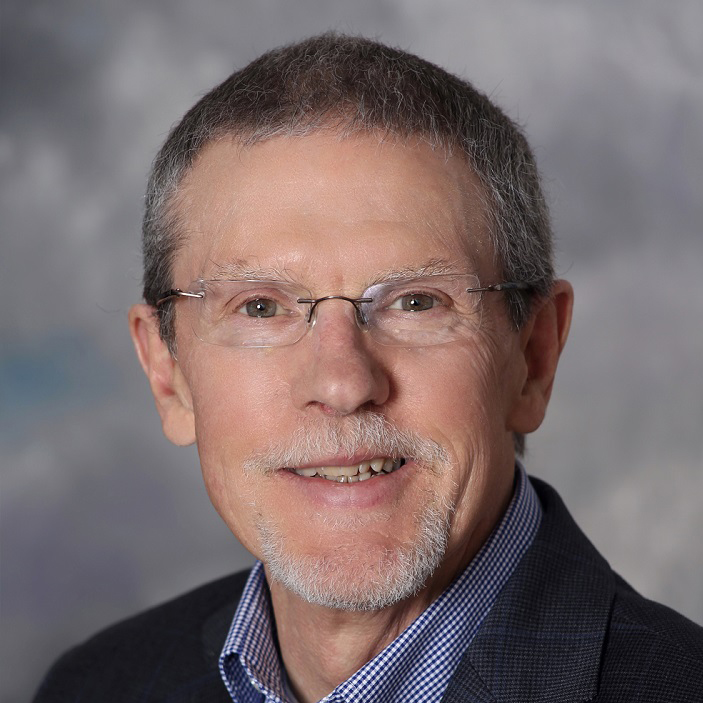 JIm Williamson, who retired as president of the Community Foundation of Greater New Britain in August 2017, passed away on November 1 at age 69. Williamson joined the Foundation in September 2004 as its second full-time chief executive. During his tenure at the Community Foundation, Williamson spearheaded the Foundation’s transition from grantmaker to community leader, building partnerships with other organizations and stakeholders to help identify community challenges and engage in strategies to address them. Among the education initiatives he spearheaded was the Foundation’s First Years First initiative, which has heightened the community’s focus on and made vast improvements in early childhood development. Williamson served as a leader of CCP's Community Foundation CEO Network, and was a founding and active member of the Early Childhood Funder Collaborative. Read more >>

The Community Foundation of Greater New Britain has established the James G. Williamson Education Assistance Fund, to help address what has become a pressing issue in higher education – the financial hardships many college students are experiencing in their final undergraduate years, making degree completion a sometimes-elusive achievement in an era of increasing tuitions and shrinking sources of financial aid.

ABOUT CCP and CONNECTICUT PHILANTHROPY DIGEST

Connecticut Council for Philanthropy (CCP) is an association of grantmakers committed to promoting and supporting effective philanthropy for the public good.