Click on the logos to learn more about our sponsors. 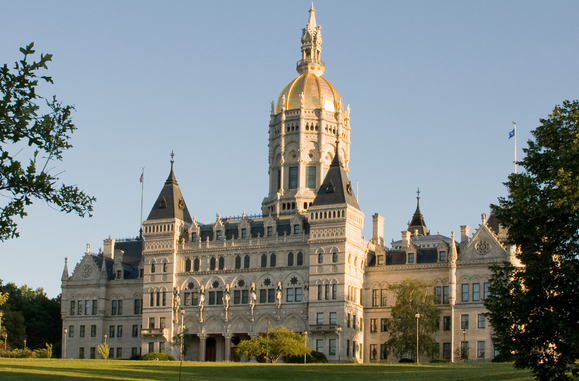 The Connecticut Council for Philanthropy is presenting a State Budget Impact Forum on March 7 in Hartford, about 2 weeks after the release of Governor Lamont’s budget proposal. The event will bring the philanthropic community together with experts and state leaders to deepen its understanding of the state of the state – what current economic projections are, what they mean for the state budget, and how those factors will impact the issues philanthropy is most deeply focused on education, health and economic security. Speakers include: Prabal Chakrabarti, Senior Vice President, Federal Reserve Bank of Boston; Steven Hernández, Esq., Interim Executive Director, CT Commission on Equity and Opportunity; Governor Ned Lamont (invited); Paul Mounds, Jr., Chief Operating Officer, State of Connecticut, Governor's Office; Keith Phaneuf, State Budget Reporter, CT Mirror; Jim Smith, Chairman, Webster Bank; and Representative Toni Walker, Chairwoman, Appropriations Committee (invited).

Join your grantmaking colleagues and other leaders as we discuss these critical issues and how the philanthropic community can engage. Breakfast will be provided. The Forum is presented by the Connecticut Council for Philanthropy and sponsored by The Nutmeg Foundation. Learn more and register >> 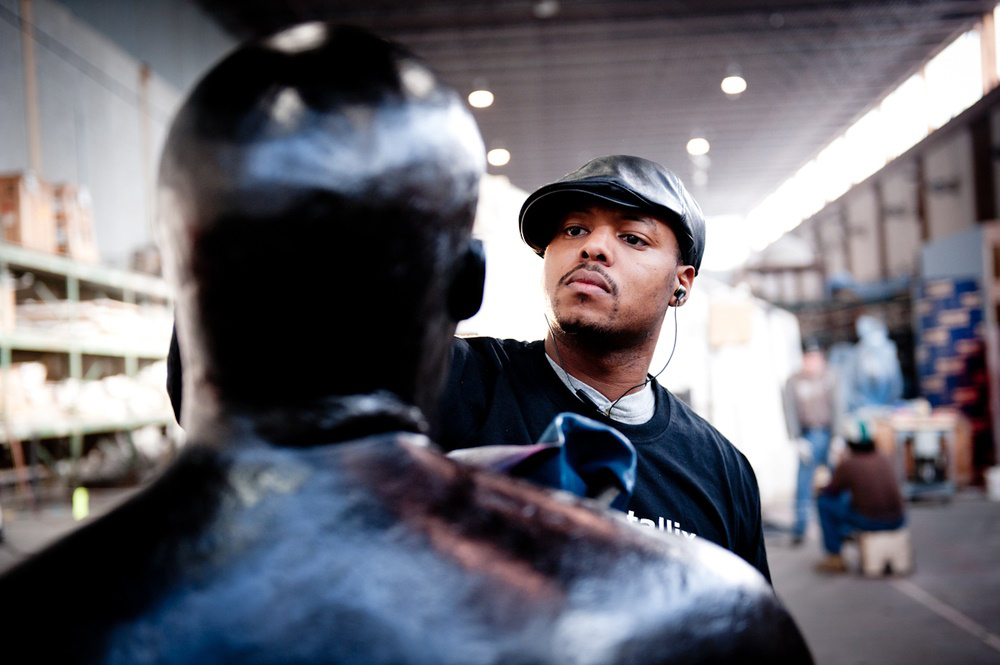 Connect, Learn and Be Inspired

Titus Kaphar, an award-winning artist, 2018 MacAruthur Genius Fellow, and founder and president of NXTHVN will be the keynote speaker for CCP's Annual 2019 Conference, Reimagining Philanthropy: Strategies for Success. The conference will be presented on May 7 at the Omni New Haven Hotel. With its 50th Anniversary on the horizon, CCP's Annual Conference will focus on exploring a vision for the years ahead. Speakers and sessions will help attendees reimagine philanthropic practice, leadership, and impact. 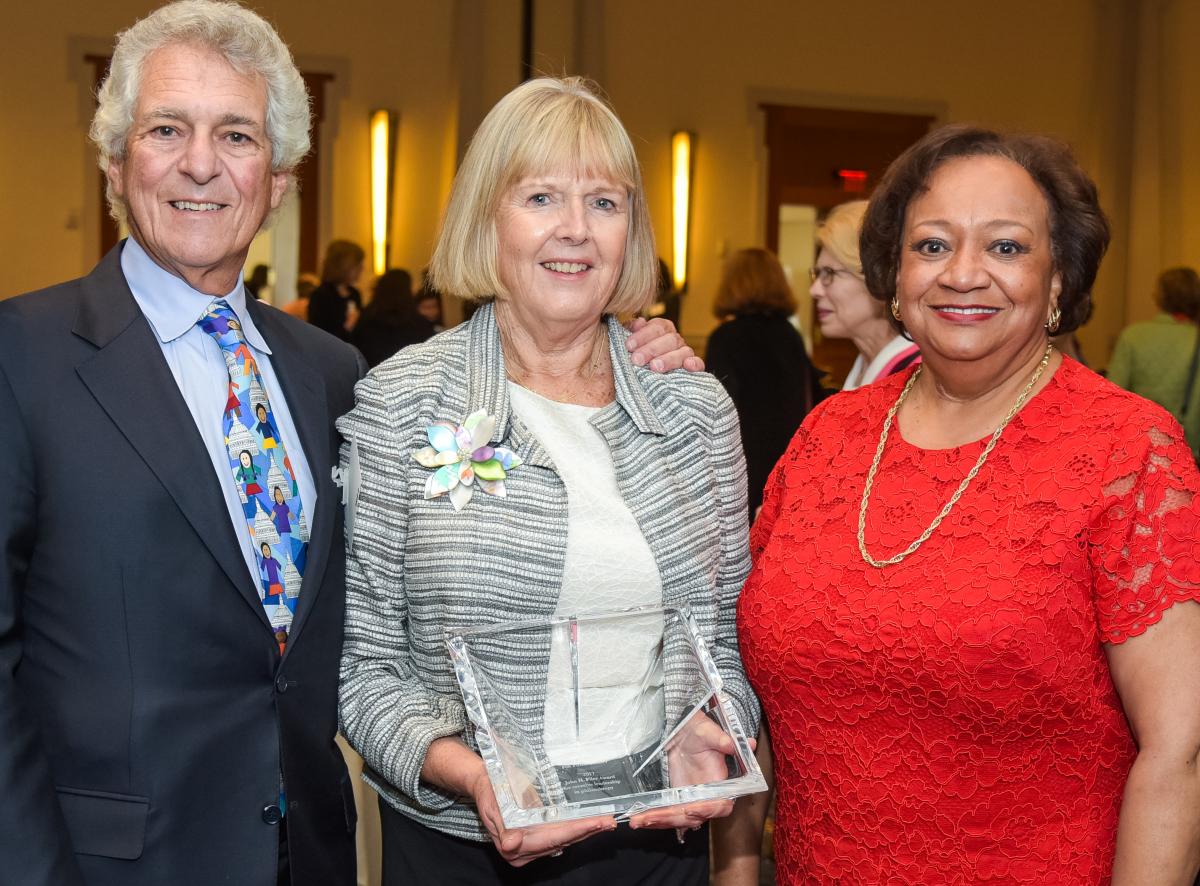 Honor a colleague or community leader by submitting a nomination for CCP's Philanthropy Awards. Award recipients will be recognized at CCP's Annual Conference on May 7 at the Omni New Haven Hotel. The nomination deadline is March 15. So start the process now by learning about the awards criteria and downloading the nomination materials. Grantmakers and nonprofits may nominate for the awards. Visit the Philanthropy Awards webpage >>

John H. Filer Award honors individual(s) who have demonstrated leadership in encouraging private action for the public good in Connecticut.

A more robust policy update will be forthcoming, but we wanted to share two important new items about the Census 2020 in Connecticut and the Governor's letter on the budget.

Earlier this week Governor Lamont issued an open letter to all Connecticut residents, a heads up before the release of his proposed Connecticut State Budget on February 20. He touches on addressing fixed costs and jump-starting the Connecticut economy. Funders that are interested in the state budget and how it will affect the issues philanthropy is focused on can learn more at CCP's State Budget Impact Forum on March 7th at the Hilton Hartford. Register now >>

The Community Foundation of Eastern Connecticut

Connecticut State Office of the Arts

Links are provided to funder sites for updated information, current deadlines, and how to apply. Check eligibility and deadlines carefully.

Other Grants and RFPs

NBCUniversal Foundation, along with NBC and Telemundo Owned Television Stations

THE POWER OF GOOD PEOPLE 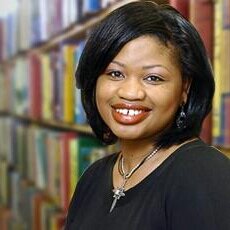 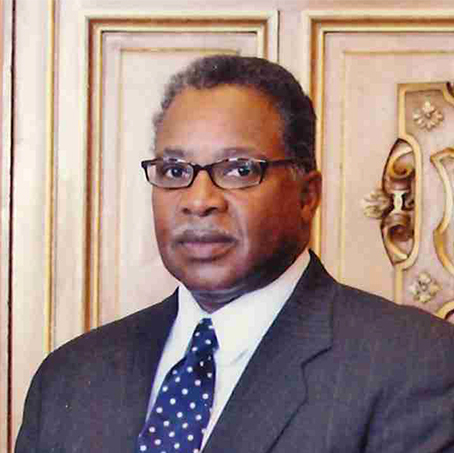 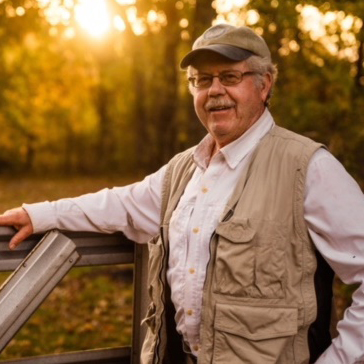 The Community Foundation for Greater New Haven has announced new board leadership. Khalilah Brown-Dean will serve as chair of the board of directors. An associate professor of political science at Quinnipiac University, Brown-Dean is an expert on the political dynamics surrounding the American criminal justice system and a frequent contributor to the Washington Post, CNN, Ebony.com and other media outlets. She was appointed to the board in 2015. "Nick" Norcott, Jr., the new board vice chair, is a retired state judge who served on the Connecticut Supreme Court for 22 years. He was appointed to the board in 2016. Terry H. Jones, of Shelton, was appointed by The Foundation Trustees Committee for a seven-year term beginning January 1, 2019. Jones has run the seven-generation Jones Family Farms for 50 years. He is also the vice president of the Connecticut Agricultural Experiment Station Board of Control, a member of the Shelton Economic Development Commission, and chairman of CT Working Land's Alliance. Read more >>

The Hartford Foundation for Public Giving is pleased to announce three new appointments to its board of directors. Estela López of East Hartford, and I. Charles Matthews and Mark Overmyer-Velázquez of West Hartford will each begin their terms on January 1, 2019 on the Board of the Hartford Foundation. Dr. Estela López, who received her appointment from the members of the Hartford Foundation’s Board of Directors, recently retired from her position as the Interim Provost and Senior Vice President for Academic and Student Affairs for the Connecticut State Colleges and Universities System. I. Charles Mathews, who was appointed by the Judge of Probate Court, District of Hartford, is a retired attorney who ran his own consulting firm specializing in employment and discrimination law. Dr. Mark Overmyer-Velázquez, who was appointed to the Foundation Board by MetroHartford Alliance, is Professor of History and Latinx Studies and the Campus Director of the University of Connecticut-Hartford. Read more >>

The Leever Foundation is delighted to welcome Saran D. White as its inaugural Executive Director. “We are pleased to welcome Ms. White, an experienced and mission-driven strategist, who will lead the Foundation in its work creating opportunities for people, especially children, in greater Waterbury to fulfill their potential and become productive members of society,” said Andy Leever, Foundation President, and son of the Foundation’s founders Harold and Ruth Ann Leever. Saran comes to Waterbury from the Corporation for National and Community Service (CNCS). In her position as the Washington, DC Program Director, she directed a multimillion-dollar grants portfolio that focuses on anti-poverty initiatives. Prior to CNCS, White directed strategic transformation projects for the DC public school system and served as the executive director of a family foundation working to improve the foster care system. Read more >> 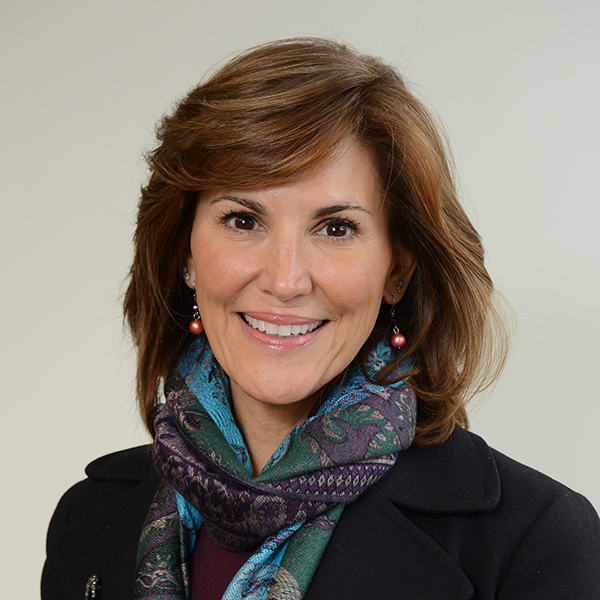 The Community Foundation for Greater New Haven warmly welcomes Liana Garcia Fresher as director of gift planning. Garcia Fresher joins the development and donor services team, where she will assist Foundation donors in reaching their philanthropic goals and enhance the Foundation’s partnerships with professional advisors. Garcia Fresher is a veteran nonprofit and foundation professional with three decades of executive management experience. Most recently, she was a senior philanthropic officer at the Hartford Foundation for Public Giving. She has also served as vice president of development for the Village for Families and Children, president and CEO of Prevent Blindness Connecticut and executive director of Cornelia de Lange Syndrome (CdLS) Foundation. Read more >> 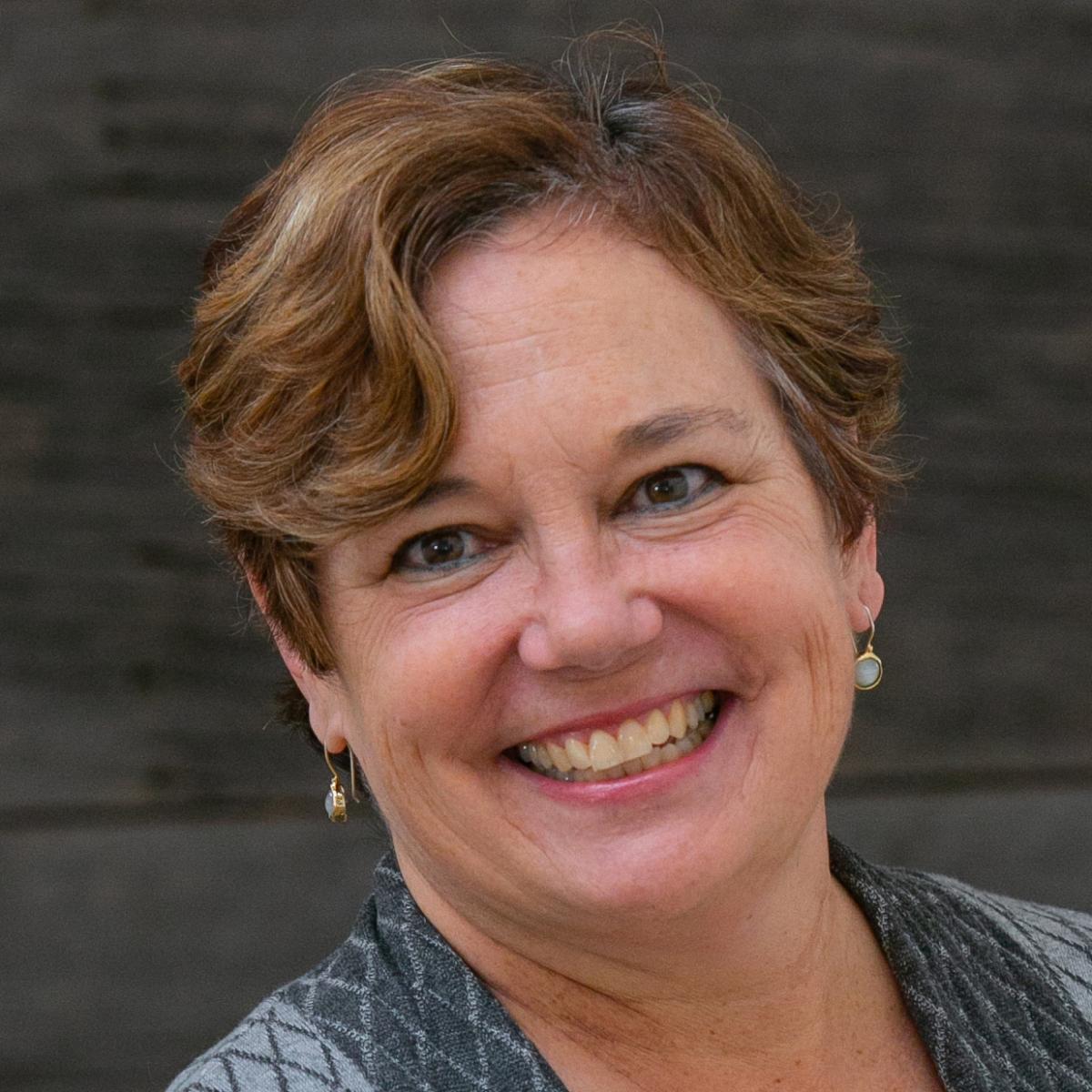 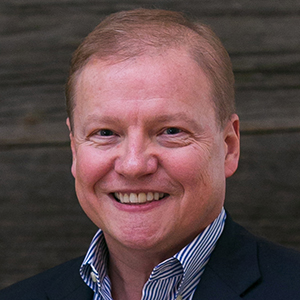 Berkshire Taconic Community Foundation has expanded its staff with two new senior management positions. Kara Mikulich is Berkshire Taconic’s chief philanthropy officer, a new role that provides strategy, leadership, and oversight for the foundation’s asset development and donor engagement activities. Mikulich has more than 25 years of leadership in the nonprofit sector. Most recently, she served as vice president, strategy and development, at Public Allies. Dr. Tim Wilmot was named director of strategy, evaluation, and learning. In this new role, Wilmot develops and refines program strategies, evaluates outcomes and impact, and promotes learning among staff, board, donors, and partners about the foundation’s strategic priorities and issues facing the four-county region it serves. Wilmot has more than a decade of experience in the fields of strategy, research, and evaluation at philanthropic foundations. He previously worked for the Virginia G. Piper Charitable Trust in Phoenix, AZ. Read more >> 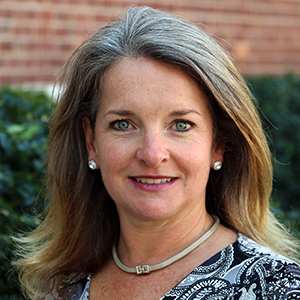 United Way of Central and Northeastern Connecticut welcomes Lisa M. Cretella, M.S.W. to their team. As director of leadership giving and affinity groups, Cretella will cultivate and develop relationships with leadership donors – individuals and families who make an annual contribution of $1,000 – and demonstrate how their giving makes a positive difference for children, youth, and families in local communities. She will also work with volunteers and staff in growing United Way’s Women United and Emerging Leaders Society membership. Cretella has nearly 30 years of leadership experience in the nonprofit sector, and most recently served as director of development for The Salvation Army Southern New England Division. Read more >> 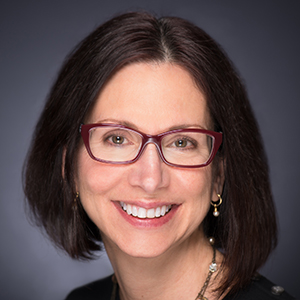 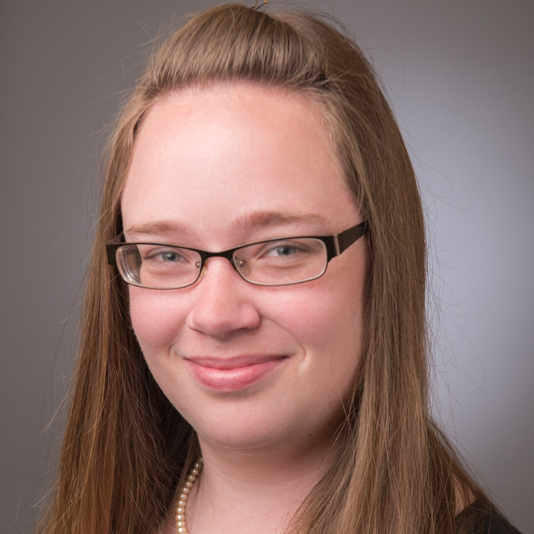 Main Street Community Foundation recently promoted two team members. Kate Kerchaert, who has been with the Foundation for two years, was promoted to Director of Grants and Programs. In this position, she will be primarily responsible for all grantmaking and scholarship programs. Samantha Rajotte was promoted to Scholarship & Program Officer. Rajotte has a long history with the Foundation. After receiving a scholarship from MSCF in 2007, Rajotte spent a summer in college volunteering as an intern there. She was hired full-time in June 2011 and has worked her way up through the organization, most recently serving as the Communications Manager. Read more >> 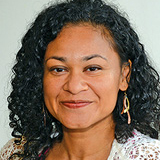 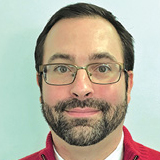 The Donaghue Foundation welcomes two new policy advisers to start a four-year term. Caprice Taylor Mendez is the Strategic Program Manager for The Community Foundation for Greater New Haven. She leads the Foundation’s Greater New Haven Vote and US Census Count civic engagement initiatives, and the strategic grantmaking for the Immigration Integration and Criminal Justice Reform strategies, and supports the Progreso Latino Fund. Bryce Raymond is one of the Principals of PASI, LLC., which is located in Farmington, CT. Raymond along with his team assist small businesses and nonprofits on their retirement plan administration; help them to remain in compliance; and to meet the goals for the employees, trustees, and small business owners. Read more >> 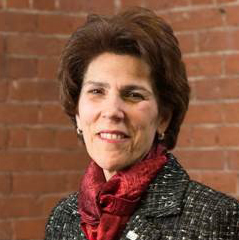 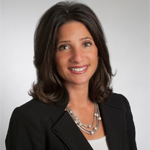 The National Organization of Italian American Women (NOIAW) selected Paula S. Gilberto, president and CEO of United Way of Central and Northeastern Connecticut, and Karen T. Galbo, executive director of People’s United Community Foundation as two of its 2019 Three Wise Women Honorees. Gilberto and Galbo were recognized for their professional accomplishments at NOIAW’s annual Three Wise Women Epiphany Celebration on January 13. For more than 30 years, the NOIAW has honored Italian American women for their leadership in the community. 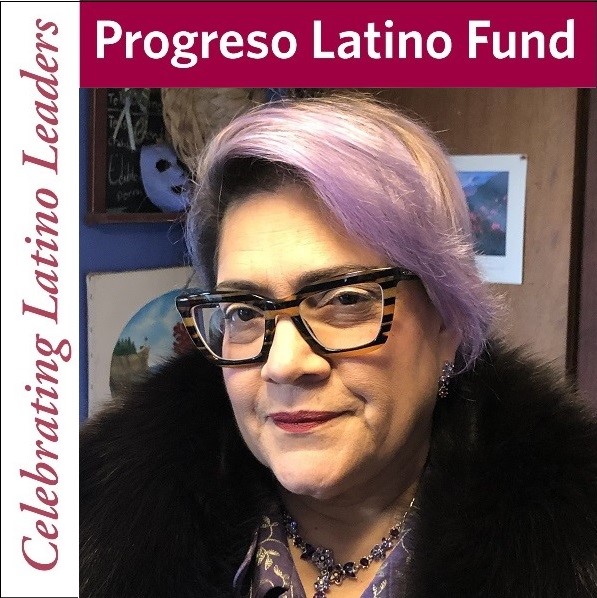 ABOUT CCP and CONNECTICUT PHILANTHROPY DIGEST

Connecticut Council for Philanthropy (CCP) is an association of grantmakers committed to promoting and supporting effective philanthropy for the public good.