EVENTS and OTHER OPPORTUNITIES >> 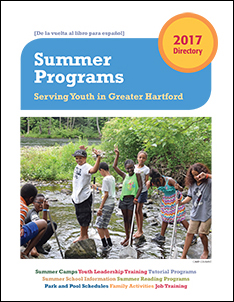 More than 10,000 school-age youth in Greater Hartford are expected to participate in summer learning programs thanks to nearly $800,000 in grants from the Hartford Foundation for Public Giving. The grants have been awarded to support 55 programs, operated by 43 agencies, including 34 reduced fees camperships, as well as enrichment, tutorial and counselor-in-training programs. The Hartford Foundation targets summer program funding to support the participation of youth from Hartford and East Hartford and those with disabilities from throughout the Greater Hartford region, most  with free or at reduced rates.

While offering parents with a safe, affordable option for their children, the programs are designed to help prevent summer learning loss by helping students retain and build on skills gained during the school year. A directory of the programs, produced by the Hartford Foundation and Hartford Public Schools, can be found at Hartford schools and local libraries and community centers. The directory, in English and Spanish, is also available for download at www.hfpg.org/summer.  Read more >>

Liberty Bank is soliciting nominations for the 2017 Willard M. McRae Community Diversity Award. This annual award is designed to recognize an individual who has made a significant and ongoing contribution to the cause of promoting and celebrating diversity in the communities served by Liberty Bank. The bank is looking to the public to nominate local residents who are leaders in building positive relationships between different people, whether those differences are of race, economic status, culture, religion, or any other aspect of diversity.

Introduced in 2000, the award is named in honor of the late Willard McRae, past chairman of the Liberty Bank Board of Directors and a founding member of the Liberty Bank Foundation Board of Directors. Mr. McRae was known for his extraordinary commitment to equal access and opportunities for all, regardless of economic status, race, background, disability, or other factors. His contributions to children’s mental health, education, and human services made a positive difference in the lives of thousands of people.

Nomination information is available at www.libertybankfoundation.org/programs. Nominations must be received by Friday, August 18, 2017 to be considered.

Requests for proposals are now available for the Round Eleven of the Partners for Places Grant Cycle, a local sustainability matching grant program of The Funders’ Network for Smart Growth and Livable Communities and the Urban Sustainability Directors Network. Partners for Places creates opportunities for cities and counties to improve communities by building partnerships between local government sustainability offices and place-based foundations. National funders invest in local projects to promote a healthy environment, a strong economy, and well-being of all residents. Through these projects, Partners for Places fosters long-term relationships that make urban areas more prosperous, livable, and vibrant. The grant program will provide partnership investments between $25,000 and $75,000 for one year projects, or $50,000 and $150,000 for two year projects, with a 1:1 match required by one or more local foundations. Proposals are due July 31, 2017. Learn more >>

Nation Endowment for the Arts

Events and Other Opportunities

JUNE 26: 8:30 am - 12:00 pm: University of Bridgeport, Bridgeport
Join the community, stakeholders, funders, and all partners to engage in Bridgeport data, hear from state/national experts and be solution innovators in Bridgeport Prospers' Cradle to Career outcomes. A Funders Roundtable Luncheon will be held from 12:30 - 2:00 pm. United Way of Coastal Fairfield County is the backbone organization for this effort.

JUNE 28: 9:00 - 11:00 am: Charter Oak Credit Union, Waterford
Join the Community Foundation of Eastern Connecticut for the launch of the Eastern Connecticut Mentoring Collaborative. The program will feature featuring Dr. Susan Weinberger, a.k.a. “Dr. Mentor” a nationally and internationally recognized expert in establishing, maintaining, and evaluating school and community-based mentoring programs and school-to-work initiatives. The Community Foundation and the Governor’s Prevention Partnership have teamed up with a small group of planning partners to build the capacity of programs and organizations toward the goal of ensuring that “All youth– starting with the most vulnerable– who need a mentor will have one.”

The power of good people 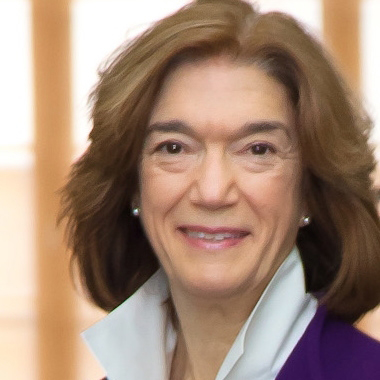 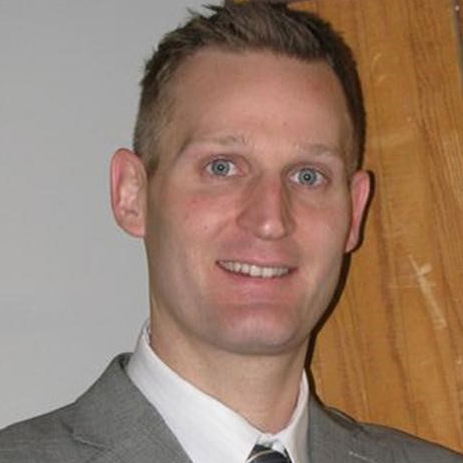 Judith Meyers, who for nearly two decades has been a leader improving children's health and well-being in Connecticut, announced plans to step down as president and CEO of the Child Health and Development Institute of Connecticut (CHDI) as of September 30, 2017. At its June 15th meeting, CHDI's Board selected Jeffrey Vanderploeg, CHDI's vice president for mental health initiatives, to become the next President and CEO effective October 1, 2017. Meyers will continue to serve as president and CEO of the Children's Fund of Connecticut, CHDI's parent organization and supporting organization of Connecticut Children's Medical Center, through September 30, 2018 and continue her work on early childhood as a senior fellow, both on a part-time basis.

"By bridging the worlds of research, policy, and practice, CHDI and the Children's Fund have helped improve children's health and mental health care in Connecticut," said Meyers. "However we have not done this work alone. It has been a true privilege for me to work alongside our talented staff, our wonderfully supportive board, and our long list of dedicated partners to make this difference in the lives of children and families."

Meyers has led CHDI since it began operations as a non-profit dedicated to improving children's health and well-being in 1999. In 2002, CHDI became a subsidiary of the Children's Fund of Connecticut, a public charitable foundation founded in 1992 to champion sustainable improvements in children's health and mental health through innovative grant making.  The Board hired Meyers in 1999 as Executive Director and the first and sole employee of CHDI. She became President and CEO of both CHDI and the Children's Fund of Connecticut in 2002 and was charged with building the two organizations into what they are today.

Meyers currently serves as Board chair of the Connecticut Council for Philanthropy. Read more >> 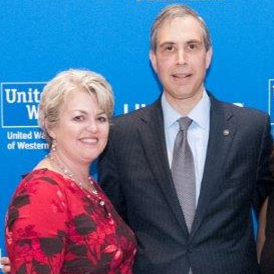 United Way of Western Connecticut honored Webster Bank President John Ciulla at its 23rd Annual Heart of Gold Dinner at the Stamford Marriott. The award honored Ciulla for Webster’s volunteerism policy which gives employees 16 hours of paid time off to encourage volunteer participation throughout the year. John is an active member of several nonprofit boards, currently serving as Chairman of the Board of the Connecticut Business and Industry Association and as a member of the board of the Business Council of Fairfield County.

"We were so pleased to honor John and his leadership at our Heart of Gold Award Dinner this year," said Kimberly Morgan, CEO of United Way of Western Connecticut. "The nonprofit community relies on corporate partners like Webster Bank that promote employee volunteer engagement in local social service agencies and are committed to contributing financially to the success of local community organizations." Read more >>

About CCP and Connecticut Philanthropy Digest

Connecticut Council for Philanthropy (CCP) is an association of grantmakers committed to promoting and supporting effective philanthropy for the public good.
CCP's members are foundations (private, corporate, community), business and corporate giving programs, bank trusts, donor-advised funds, individual philanthropists, and those serving the philanthropic sector. CCP members granted more than $720 million in 2013 from assets of more than $6.3 billion.
The Connecticut Philanthropy Digest (Digest) is brought to you by the Connecticut Council for Philanthropy. Edited by Laurie Allen, Director of Communications. The Digest is a summary of recent activities by Connecticut foundations and grantmakers, and is compiled and distributed monthly to media outlets, local legislators and grantmakers to raise the profile of philanthropy throughout Connecticut. News about Connecticut funders may be submitted to CCP for consideration. 2017 Publication Dates: June 19; July 24; August 21; September 18; October 23; November 20; December 18. Submission Deadlines: Close of business one week before the publication date.