More than 290 children were outfitted with supplies and necessities 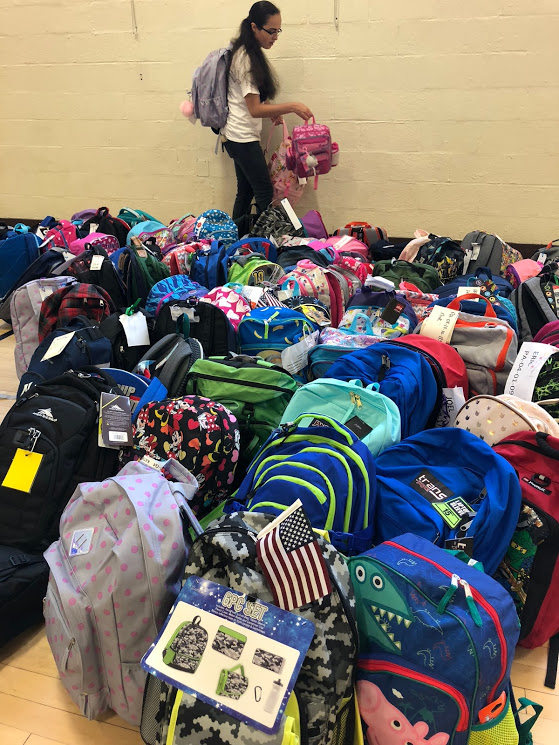 DANBURY, CT -- United Way of Western Connecticut has announced the wrap-up of its annual Back-To-School Program in Danbury, which served 292 children this year and represents an investment of $43,770 into the Greater Danbury community.

United Way administers this program in three Western Connecticut hubs each year: Danbury, New Milford and Stamford. This year, 720 children were served by the program, which represented a value of $136,370 invested into the region.

This year, Danbury’s Park Avenue graciously hosted United Way’s Back-To-School Distribution Day on August 22. Thanks to the generosity of individuals and corporations in Danbury, this United Way program continues to help children from struggling families start the new school year on a positive note with a new backpack filled with school supplies, toiletry items and a gift card for clothing purchases. This program is one of United Way’s signature initiatives for students from ALICE® households (Asset Limited, Income Constrained, Employed) that alleviates a very real strain for families living paycheck-to-paycheck.

“For us, the best part of United Way’s Back-To-School program is the excitement of the students as when they come in to pick up their backpacks and school supplies,” said Kimberly Morgan, United Way of Western Connecticut Chief Executive Officer. “Their enthusiasm is matched only by their parents’ relief that their children are fully prepared to start the school year with confidence.”

“Our Back-To-School Program alleviates a very real financial strain for struggling, hard-working families at the start of the school year, which can be an exciting, but also busy and stressful time,” Morgan added.

Programs like United Way’s Back-To-School could not exist without the support of our community. We are deeply grateful to volunteers Kathy Shook and Patty Moses for their dedication to providing organizational and logistical support to keep the Back-To-School Program in Danbury running smoothly. The success of this program would not have been possible without the support of donors in our community, including private individual donors and the following greater Danbury companies:

To become involved in the Danbury Back-To-School Program, please contact Morgan Greening at 203-297-6736.

About United Way of Western Connecticut
United Way of Western Connecticut improves the lives of hard-working, struggling households by mobilizing the resources of local communities to create lasting change. We help residents across Northern Fairfield County, Southern Litchfield County and the City of Stamford by focusing on the vital building blocks for a good life: Education, Financial Stability and Health. We are committed to ensuring that every child enters school ready to learn, every family is financially stable, and every community we serve is healthy and strong. We are particularly focused on a population that United Way identifies as ALICE® (Asset Limited, Income Constrained, Employed) in our communities. A United Way report published in September 2018 revealed that in Connecticut, nearly 1 in 3 households has earnings above the Federal Poverty Level, but below a basic cost-of-living threshold. Combined with those who are struggling below poverty level, 40% of all households in the state are experiencing ﬁnancial hardship. By leveraging the collective power of the community, we are focused on creating an environment where individuals and families are self-sufficient and can achieve financial independence.