New Board Members and Leaders Elected at Connecticut Council for Philanthropy

HARTFORD, CT— At its March board meeting, the Connecticut Council for Philanthropy elected four new members to its board of directors, as well as new board officers.

“Connecticut Council for Philanthropy is thrilled to welcome these outstanding philanthropic leaders to its board,” said CCP Board Chair Kathryn Luria, SVP of community affairs and director of philanthropy for Webster Bank. “It is important to the strength of the organization to continuously engage talented leaders to move the organization forward, especially as we celebrate our 50th anniversary.”

“Our organization is privileged to be led by a board overflowing with talent, skill, and experience. This is particularly important in our 50th year as we are charting the future ahead for CCP,” added CCP President Karla Fortunato.

CCP will recognize retiring Board Member Linda Franciscovich, CEO, Grossman Family Foundation, at its upcoming conference. Celebrating 50 years of philanthropic leadership, CCP presents its 2019 Conference: Reimagining Philanthropy: Strategies for Success, on May 7, at The Omni New Haven Hotel at Yale.

Access a complete listing of the CCP’s 18-member Board at https://www.ctphilanthropy.org/about/leadership.

Biographies for CCP’s newly elected board members and board leadership may be found below. 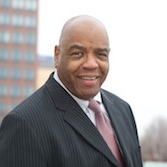 Leon Bailey joined The Community Foundation with accomplishments in both the public and private sectors. In the area of social services, Leon has a record of starting and directing innovative community based programs. His work with nonprofits includes starting the first Family Planning Clinic for men in the state of New Jersey and starting one of the first community-based alternative programs for incarceration for children in New Jersey and in the country.

In the private sector, Bailey was a partner in the optical industry with the franchising chain American Vision Centers and served as Vice President of Franchising. He was instrumental in developing the operational processes that led to the success and ultimate sale of this company. American Vision Centers acquired regional chains across the country and converted the stores into owner-operated franchises. The growth of this company led its purchase by Pearl Vision Centers. 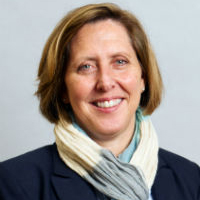 CCP Board Member Nancy Heaton, of New Milford, has served as chief executive officer of the Foundation for Community Health (FCH) since February 2004.  Previously, she served as executive director of the Northwestern Connecticut AIDS Project, an HIV/AIDS service organization serving Litchfield County.  During 1991-1992, she worked with the Southeast Asian Family Empowerment Project in Chelsea, Massachusetts, as a community prevention specialist.  There, she developed outreach and parent education programs for Vietnamese and Cambodian families in the greater Boston area.  From 1987-1990 Heaton served as project coordinator at the Health Education and Training Center in San Jose, where she developed and implemented the first AIDS/HIV education and prevention project for the Latino community of Santa Clara County.  She also coordinated a training project for Home Health Aides and Certified Nursing Assistants.

In early 1987, she served as a health educator at the San Jose Day Nursery in San Jose while completing a graduate student internship.  From 1982-1985, Heaton worked for the International Alliance for Children, an organization based in both Connecticut and the Philippines, serving as the director of field operations in Manila.  In that capacity, she managed a home for abandoned, orphaned and neglected children with a variety of physical and emotional problems.

Heaton received certification in non-profit management from the University of Connecticut in 1998 and an AIDS Educator Certificate from the Connecticut Department of Public Health in 1993.  She received a M.P.H. in community health education from San Jose State University in 1988 and a B.A. in government and law from Lafayette College in 1982. 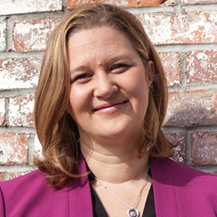 CCP Board Member Laura McCargar was appointed as president of the Perrin Family Foundation in June of 2016. McCargar joined the foundation in 2012 as a program officer, where she played a central role in designing the foundation’s youth-led social change grantmaking strategy and oversaw the development and implementation of capacity building initiatives designed to strengthen and expand youth organizing across Connecticut.

McCargar’s work in the philanthropic sector and her deep belief in the power of youth-led social change is informed by her experience as a youth worker and organizer. Her commitment to social and racial justice was born and nurtured in her hometown of Oakland, California where she vividly remembers participating in student protests, walkouts, and facilitating know-your-rights workshops as a high school student.

Prior to joining the Foundation, McCargar was awarded a Soros Justice Fellowship from Open Society Foundations to engage in research and organizing around the previously little-known role that alternative schools and adult education programs play in Connecticut’s school-to-prison pipeline. Before that, Laura served as the founding executive director of Youth Rights Media, a New Haven-based nonprofit organization dedicated to empowering youth to use media and organizing strategies to create community change. In 2007, McCargar was awarded the International Reebok Human Rights Award in recognition of her outstanding efforts to advance youth justice.

CCP Board Members Paul Suter, of Avon, is vice president for finance and operations, for Children’s Health and Development Institute (CHDI) and its parent organization, the Children's Fund of Connecticut.

CCP Board Chair Kathryn T. Luria, a resident of Woodbury, has been CCP’s board chair since 2018 and a board member since 2013. She has been chair of CCP’s Membership Committee since 2015, and served on the Governance and Nominating Committee. Luria also sits on the Federal Reserve Bank of Boston’s Connecticut Working Cities Challenge Advisory Council, for which CCP serves as fiscal agent.

Kathy T. Luria serves as senior vice president of community affairs and director of philanthropy at the corporate headquarters of Webster Bank in Waterbury, CT. In this role, she oversees the corporate philanthropic arm of the organization across the franchise. Kathy helps guide the bank toward achieving a key tenant of The Webster Way, to give of ourselves in the communities we serve.

Previously, Luria served the State of Connecticut as the director of continuing education and community services, and then director of marketing at Naugatuck Valley Community College. With almost 20 years of employment with the college, and now over 12 years serving as Webster’s ambassador to the community, Luria remains a strong advocate and resource throughout the state and the region. 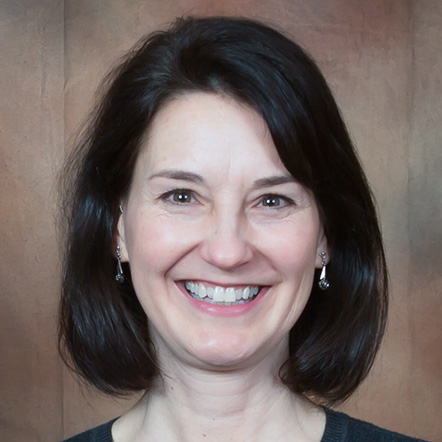 CCP Board Vice Chair Elaine V. Mintz, a resident of Redding, began serving on CCP’s board in 2018. She serves on CCP’s Membership Committee.

Elaine Mintz joined Fairfield County’s Community Foundation in 2011 to lead the Center for Nonprofit Excellence and served as the program director for arts and culture before being named vice president of operations in July 2016. Mintz serves as a key liaison to the Fairfield County nonprofit community and is dedicated to strengthening the region’s nonprofit sector. She is responsible for leading the Community Foundation’s human capital management plan and strategic goal setting process.

Mintz brings a variety of work experiences in the nonprofit and public sector. Prior to joining the Foundation, she served as the director of the Greater Danbury Nonprofit Resource Center providing training, consulting and volunteers for nonprofit organizations in northern Fairfield County. She led the Greater Danbury Nonprofit Resource Center from its inception in 2005 to its merger with the Community Foundation in 2011. Prior to her nonprofit work, Mintz served at the state level as a research consultant with the Office of Policy & Management and as a staff member to the Appropriations Committee with the CT General Assembly. She also served as an adjunct faculty member in the Political Science Department at Norwalk Com­munity College. Elaine serves as a tri-chair of CCP’s Fairfield County Funders Network and is a member of CCP’s Public Policy Committee.

CCP Board Secretary Tiffany S. Donelson, a resident of West Hartford, began serving CCP’s board in 2018, and sits on the Governance and Nominating, and Membership committees.

Tiffany Donelson is vice president of program for the Connecticut Health Foundation. She sets the foundation’s programmatic strategy, which includes grantmaking, the leadership program, and evaluation. She works to continuously ensure that CT Health’s grantmaking practices are equitable, transparent, and advance the organization’s strategic objectives. Donelson is a member of several boards and advisory committees, including the board of the Connecticut Oral Health Coalition, and the State Innovation Model Community Health Worker Advisory Council and Quality Council. She also serves on the board of the United Way of Connecticut. Donelson previously held several leadership roles at Aetna, Inc., including as the deputy chief of staff for Aetna’s National Businesses Office and as a director in corporate strategy. Before joining Aetna, Donelson was a consultant at Ingenix Consulting and PricewaterhouseCoopers. She received her M.P.H in health policy and management at Emory University’s Rollins School of Public Health, and her B.S. in biology at Georgetown University.

CCP Board Treasurer Paul Ballasy, a resident of Ellington, began serving on CCP’s board in 2013. He has served as CCP’s Treasurer since 2017, and chairs the Finance and Investment Committee.

Ballasy is a partner with CohnReznick and co-leads the efforts of the Firm’s Not-for-Profit and Education Industry Practice in New England. Ballasy has more than 28 years’ experience and devotes most of his time servicing not-for-profit and healthcare organizations providing audit, accounting, tax, and consulting services. He serves as the lead engagement partner on many of the firm’s largest not for profit clients and has extensive experience with associations, foundations, arts and culture organizations, community health centers and social service agencies.

Ballasy serves as a resource to professionals both in and outside the firm on the cost standards implemented by the State of Connecticut Office of Policy and Management (OPM).  He has conducted numerous educational seminars on various topics relevant to the not-for-profit community. He is also very active on the CTCPA nonprofit committee, which plans the annual nonprofit organizations conference.