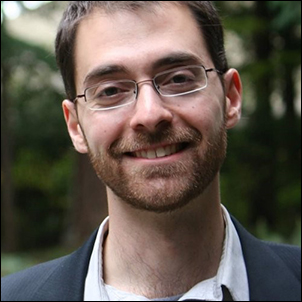 MIDDLETOWN, CT -- The Board of Directors of the Rockfall Foundation, a nonprofit organization that promotes and supports environmental education and conservation in the Lower Connecticut River Valley, is pleased to announce the appointment of Erik Assadourian as Development Director.

Erik has been a researcher with the Worldwatch Institute for more than 16 years. During that time Erik has directed five editions of Worldwatch’s annual book the State of the World, including the 2017 edition: EarthEd: Rethinking Education on a Changing Planet, the 2013 edition: Is Sustainability Still Possible? and the 2010 edition: Transforming Cultures: From Consumerism to Sustainability.

Erik has researched a variety of sustainability topics—from consumption and corporate responsibility to sustainable communities and environmental education, and has even tried his hand at making board games and reality television. In 2011, Erik designed Catan: Oil Springs, an eco-educational scenario for the popular board game The Settlers of Catan. And in 2015, he created Yardfarmers, a reality TV show that would follow six Millennial Americans as they exit the consumer economy to live with their parents and become sufficiency farmers. Erik is an adjunct professor at Goucher College in their Environmental Studies Master’s program, and is on the Millennium Alliance for Humans and the Biosphere (MAHB) advisory board.

Erik is originally from Connecticut and is returning with his family after 23 years away. He enjoys hiking, playing board games, learning traditional skills, and spends much of his free time with his 5 year-old son, playing and preparing him for the challenging future he’ll inherit.

The Rockfall Foundation promotes and supports environmental education and conservation in The Lower Connecticut River Valley. Celebrating its 80th anniversary in 2015, it is one of Connecticut’s oldest environmental organizations and a catalyst, bringing people together and supporting organizations to conserve and enhance the region’s natural environment. Rockfall awards grants each year to nonprofits, schools, and municipalities, and preserves and operates the historic 18th century deKoven House, which provides below market office space to environmental groups based and working in the Lower Connecticut River Valley, and meeting rooms for community organizations.