LLC to be Formed and Interim President Named 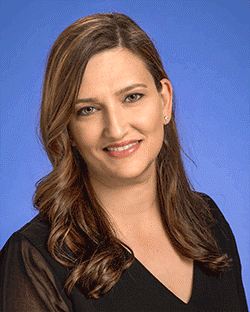 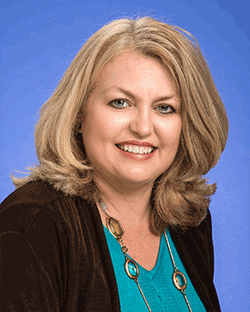 DANBURY, CT -- The Board of Directors of United Way of Western Connecticut (United Way) is proud to announce a new direction for the organization born from their most recent strategic planning process. As part of its continuing evolution and commitment to serving the ALICE® (Asset Limited, Income Constrained, Employed) population, United Way will form a wholly-owned subsidiary limited liability company, or LLC, that will be focused on the development of new technologies to connect ALICE households to social services, and link businesses and donors directly to working families who are struggling financially. The United Way Board of Directors will also serve as the Board of the new LLC entity.

The goal is to build a comprehensive digital platform that will more effectively and efficiently deliver services to individuals and families who work but live paycheck to paycheck, while offering innovative, online solutions to better meet the needs of this population. For years, United Way has engaged ALICE households in community conversations and surveys to inform their work. Most recently, United Way set up two ALICE Advisory Councils to give people living paycheck to paycheck a formal voice at the table, represent the perspective of the ALICE population, and guide the programs and initiatives being developed by United Way.

United Way Chief Executive Officer Kim Morgan will lead this effort and will step away from her current responsibilities to focus on the development and launch of this new digital platform.

“Our United Way has been on a journey to transform the programs and services that support the ALICE population by finding innovative solutions to the challenges and barriers facing these families,” said Cindy Merkle, Board Chair for United Way of Western Connecticut and Union Savings Bank CEO. “By bringing together the power of the United Way network as a trusted global philanthropic partner and the strength of our local organization entrenched in this community for nearly 90 years, I am confident that we can achieve measurable impact at scale via a cutting-edge digital platform.”

Isabel has been with United Way of Western Connecticut in various roles since 2011, most recently as Chief Operating Officer (COO). In addition to the new responsibilities that she will assume, Isabel is responsible for the resource development and marketing departments, managing internal operations, and helping set the strategic direction of the organization. Before joining the organization, Isabel held various community affairs and public service roles including at Carrier Corporation, United Way of New York City, United Technologies Corp., and the U.S. House of Representatives. Born and raised in Danbury, CT, Isabel now lives in Newtown with her husband and two children.

“I’m honored to have the confidence of the Board in taking on this new role,” said Almeida. “Kim and I have a strong bond and mutual respect forged from years of working under her great leadership. I am humbled to have the opportunity to step into her shoes and lead the organization while she builds the bold and exciting new future of United Way.”

United Way will continue to provide funding for excellent services that show outcomes in the areas of financial stability, early childhood education, after-school education, and food security. United Way also serves as the backbone organization for several collective impact efforts including Stamford Cradle to Career, DanburyWORKS, and the Danbury and Stamford Food Collaboratives.

About United Way of Western Connecticut
United Way of Western Connecticut improves the lives of hard-working, struggling households by mobilizing the resources of local communities to create lasting change. We help residents across Northern Fairfield County, Southern Litchfield County, and the City of Stamford by focusing on the vital building blocks for a good life: Education, Financial Stability and Health. We are committed to ensuring that every child enters school ready to learn, every family is financially stable, and every community we serve is healthy and strong. We are particularly focused on a population that United Way identifies as ALICE® (Asset Limited, Income Constrained, Employed) in our communities. A United Way report published in September 2018 revealed that in Connecticut, more than 1 in 3 households has earnings above the Federal Poverty Level, but below a basic cost-of-living threshold. Combined with those who are struggling below poverty level, 40% of all households in the state are experiencing ﬁnancial hardship. By leveraging the collective power of the community, we are focused on creating an environment where individuals and families are self-sufficient and can achieve financial independence.