Connecticut Council for Philanthropy and the Early Childhood Funder Collaborative

When CCP was founded in 1969, our job was to evaluate nonprofits on behalf of our members to inform their grantmaking. Today, CCP promotes and supports effective philanthropy for the public good by educating and convening funders across Connecticut. For our 50th anniversary, we’re sharing the story of the Early Childhood Funder Collaborative to illustrate how our mission is made real. 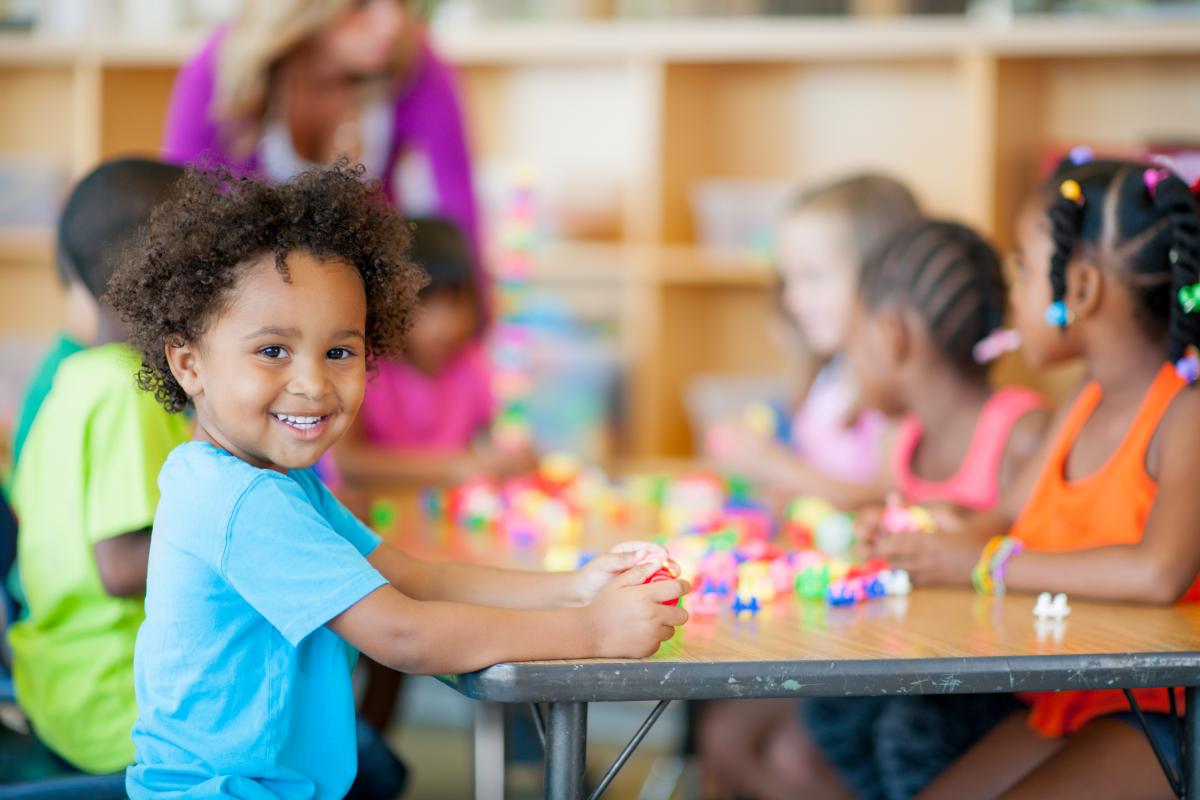 In 2013, Connecticut’s Office of Early Childhood (OEC) was created to ensure that all of Connecticut’s young children are safe, healthy, and thriving by creating a cohesive, high-quality early childhood system across the state. While OEC’s creation was acclaimed as a bipartisan success for the State’s General Assembly, OEC’s roots go all the way back to 2003 when a small nonprofit called the Connecticut Council for Philanthropy (CCP) brought together seventeen foundations. These funders had a passion to ensure the health and success of young children and their families by supporting early childhood programs.

CCP coordinated those early meetings, providing a platform for these diverse grantmakers—from community foundations to corporate and family foundations—to share information about the state of early childhood education across Connecticut, and to learn from one another’s experience. Like any new group, it took time to build the relationships and trust that are critical for members to work well together. CCP nurtured these relationships and encouraged them to form the Early Childhood Affinity Group, with a mission to promote best practices among funders, and to provide input to relevant State agencies. Over time, they evolved into the Early Childhood Funder Collaborative (ECFC), taking on a larger advocacy role to work with State leaders, and building a framework for collaboration among their funder-members. The value of philanthropy’s deep, community-based knowledge was acknowledged when the State named philanthropy as a partner in the creation of the OEC.

“The Connecticut Council for Philanthropy helped create a community of equals,” explains ECFC member Sue Murphy, executive director of the Liberty Bank Foundation. CCP created a space for these funders, big and small, to have equal voices at the table and to do what was once unimaginable—pool their financial resources and work together with the State to improve early childhood outcomes. No matter the member’s financial contribution, each gets one vote.

While the collaborative had grantmaking expertise, they were not as experienced with advocacy. Early on, they funded the Connecticut Early Childhood Alliance so this group could advocate for legislation that supported young children and their families. Over time, ECFC and some its funder-members became more directly involved in advocacy, like by testifying on behalf of early childhood issues at the State’s General Assembly.

“It’s the dance of collective action,” describes David Nee, retired executive director of the Graustein Memorial Fund. He worked with a national early childhood funders group and asked himself, and his fellow Early Childhood Affinity Group members, a question: Why not institute the national model in Connecticut? Financial support combined with speaking out on behalf of families and children are effective drivers for change. Would funders in the “land of steady habits” be willing to take a risk – put themselves in new situations, develop new skills, and strengthen early childhood advocacy here in Connecticut?

Betty Weintraub, ECFC member and grant program manager at the Connecticut Health and Educational Facilities Authority (CHEFA), remembers the shift to collaboration and advocacy, and how controversial it was initially. The suggestion that different foundations and funders collaborate was considered “blasphemy,” as she recalled. Yet due to her background in advocacy, she knew that collaborative action was the best way to effect change. Over time, other members came to embrace the work and the power of their collective identity as the Early Childhood Funder Collaborative.

The collective impact of ECFC has been extraordinary. Instead of individual funders providing support for small programs that would run for a few weeks and only help a handful of children, ECFC influenced Connecticut’s early childhood public policy through its collaboration with the State. Now that the Office of Early Childhood is a reality, ECFC continues its collaborative work and advocacy in numerous ways. For example, they recently worked with several state agencies to present a legislative forum titled, “Want to Grow the Economy? Fix the Child Care Crisis,” at the Legislative Office Building in Hartford. ECFC also continues to work with OEC, supporting work to better connect State agencies serving children and families with local communities, and to revise the State’s early childhood financing.

The success of the Early Childhood Funder Collaborative has inspired and influenced many of CCP’s other funder-members. Many aspire to collaborate in formal and informal groups and to use their voices to advocate for the nonprofits and clients they serve. CCP continues to provide the platform, and often the spark, to bring funders together. For example, the Connecticut Funder Collaborative to Promote Civic Engagement formed in 2018 to bring funders together who believe that civic participation is an essential component of a healthy democracy and healthy communities. This group works together to ensure all communities have equal access to participation and decision-making in the democratic process regardless of race, ethnicity, class, age, gender, religion, physical ability, or sexual orientation.

A current focus for this funder group is the 2020 Census, as they understand that a public-private partnership will be critical to an accurate count in Connecticut. To that end, two funder-members and CCP president Karla Fortunato have joined the Connecticut Complete Count Committee, launched in early 2019 by Lt. Governor Susan Bysiewicz. In this role, they aim to deepen the engagement of philanthropy, as well as the organizations it serves, in raising the visibility and importance of the 2020 Census.

Liberty Bank Foundation’s Sue Murphy puts it best. “If you really want to have an impact, you partner with others…Our little foundation punches outside its weight class, and we do it because we have a million partners out there.” The diversity of the collaboration is its greatest strength, and allows the members to analyze challenges from different perspectives and then work collectively.

The Connecticut Council for Philanthropy celebrates its 50th anniversary in 2019. CCP was founded in 1969 by a handful of funders including the Hartford Foundation for Public Giving, the J. Walton Bissell Foundation, and The Betty Knox Foundation—all of whom are still members. CCP’s initial charge to coordinate funding for its members has grown into a mission “promoting and supporting effective philanthropy for the public good.” Today, the Connecticut Council for Philanthropy continues to inspire and support funder collaborations and advocacy as important methods to advance this mission.

The Connecticut Council for Philanthropy (CCP) is an association of grantmakers committed to promoting and supporting effective philanthropy for the public good. CCP’s members are foundations (private, corporate, community), business and corporate giving programs, bank trusts, donor-advised funds, individual philanthropists, and those serving the philanthropic sector. CCP members annually grant more than $1.2 billion from assets of more than $8.2 billion. CCP is dedicated to providing its members with the highest quality programs, resources and services, networking opportunities, and insight and news about grantmaking and philanthropy. https://www.ctphilanthropy.org.

Special thanks to Jamil Ragland for his work on this story.