Home » Our Aging State: What Connecticut Funders Need to Know

Our Aging State: What Connecticut Funders Need to Know 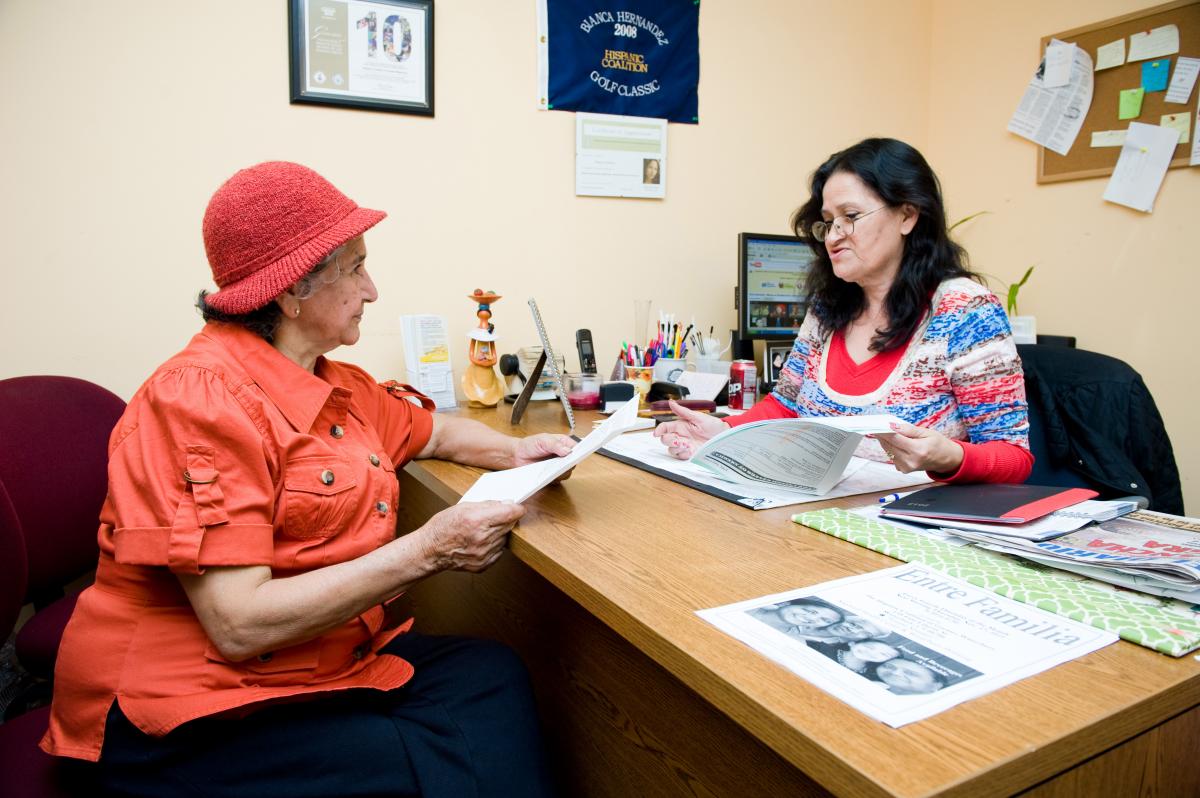 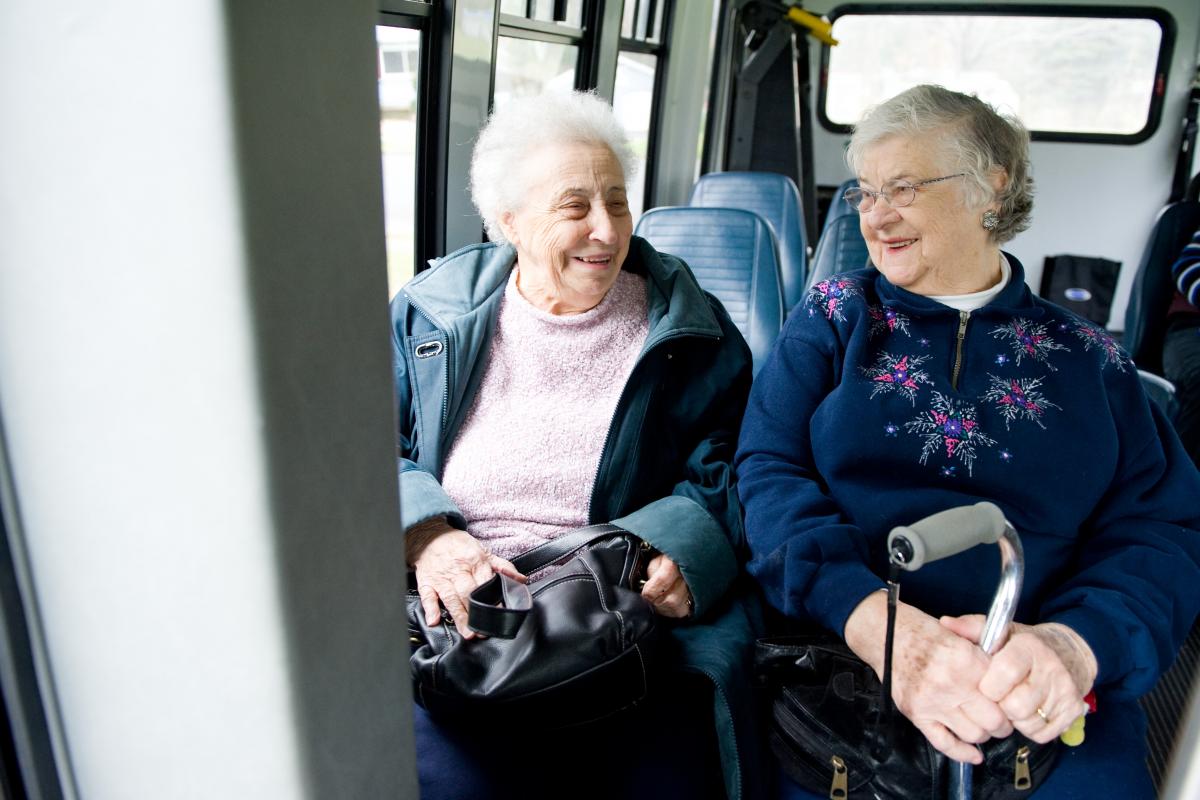 The Connecticut Council for Philanthropy (CCP) participated in a 2-year EngAGEment project, a partnership with Grantmakers in Aging and six CCP members. The project's goal was to help funders learn about: demographic changes, meeting the needs of an aging state, and building communities for all ages. In many cases, aging touches the work that funders are already doing.

As part of EngAGEment, Debroah Stein, CCP's Consultant in Aging Issues, interviewed ten key members of Connecticut's aging network to explore important issues and their views on what the philanthropy community needs to know.

The most remarkable aspect of the interviews was their consistent messages. Although the interviewees have varied roles and vantage points within aging services, similar concerns and priorities emerged repeatedly - along with a variety of ways for funders to become involved. The messages have been categorized into five main themes:

Theme 1: A Time of Unique Challenge and Opportunity in Aging notes the dramatic demographic changes and the simultaneous trend toward rebalancing long-term care from institutional to community services.

Theme 2: Investing in Prevention, Wellness and Communities for All Ages highlights the importance of promoting healthy, active lives and a physical environment that allows everyone to participate.

Theme 3: Challenging the System to Expand Local Capacity describes the expanding need for community programs, the lack of local standards for serving seniors in Connecticut, and the difficulty in sharing best practices among towns.

Theme 4: Improving Access to Information and Services explains why we need to make it easier for older adults and their families to find answers to their questions and learn about key services and supports.

Theme 1: A Time of Unique Challenge and Opportunity in Aging

Molly Rees Gavin, President of Connecticut Community Care, Inc., the largest care management agency in Connecticut, believes that "We are currently in the time of greatest opportunity and challenge that I have seen in my aging services career."

Funders also need to consider another major trend. Connecticut is part of a national rebalancing of long-term care - a shift from institutional care to community-based services and supports. This can be very positive as it often means increased consumer choice about where to receive services and providing help in the least restrictive environment. Many people prefer to continue living in their own home or the community where they have ties.

Options for remaining at home with community-based supports, such as the Connecticut Home Care Program for Elders, have been around for decades. With Money Follows the Person, a federal/state program, Connecticut committed to moving older adults and people with disabilities out of skilled nursing facilities and back into communities. There is also a focus on improving care transitions to reduce re-hospitalizations and address needs in community rather than inpatient settings.

Waldo Klein, Professor at the University of Connecticut School of Social Work, agrees with his aging network colleagues that long-term care is a pressing need. However, Klein insists, " We need to broaden our definition of long-term care to include universal design, downsizing and whatever helps people maximize their capabilities as they age."

This expanded view of long-term care includes the concept of livable communities with projects such as Complete Streets to ensure that traffic signals allow enough time for older adults as well as children and people with disabilities to cross safely. AARP Public Policy Institute has guidelines for livable communities - communities that help all residents participate actively. The state office has recruited volunteers to 'walk the streets' as part of a Complete Streets project, but says that municipalities must be on board to follow through.

Aging network members stressed that Connecticut cannot afford to focus all of its effort and money on those with the greatest care needs. One strategy with broad support is to make evidence-based health, mental health and fitness programs more widely available. The Department of Social Services has offered evidence-based Chronic Disease Self-Management, Tai Chi and Fall Prevention programs in collaboration with its partners. Many other evidence-based wellness programs are readily available for replication.

Why have these proven programs not been disseminated more broadly in Connecticut? The cost of materials and train-the-trainer programs are one barrier. The other factor which will be explored in the next section can best be described as systemic. Whose role is it to disseminate best practices throughout the state?

Dianne Stone, Vice President of the Connecticut Association of Senior Center Personnel, observes that "It is very difficult to bring senior services to scale in Connecticut despite pockets of excellence and innovation. Much of the funding is local and it is often in direct competition with other essential municipal services such as education and public safety."

Increasing emphasis is being placed on the localities - to expand services and support for elders in need of assistance and to become more 'livable' for the broad range of older adults who want to grow old and remain engaged in the communities where they have lived.

Municipal senior services in Connecticut have always varied widely among towns. The disparity in financial resources, staffing and expertise, and town commitment to aging services means that municipal aging programs range from nonexistent to comprehensive.

Those working at the local level often advocate for enhancing local standards - beyond the very limited Municipal Agent for the Elderly statute. The Department of Social Services is reluctant to promote municipal guidelines which might be seen as unfunded mandates. They note that they are not funded or staffed to strengthen local programs although they encourage grants to senior centers through the Area Agencies.

The five Area Agencies on Aging are the other key player in supporting local services. Area Agencies partner with local communities - senior centers, libraries, nonprofits, etc. However, in some towns, there is nobody able or willing to partner. With stretched grant resources and shrinking staffs, they can't reach all the seniors in their regions.

"We know that people want to stay in their own homes, but often do not know about the services out there," says Margaret Gerundo-Murkette, Acting Director Aging Services Division, CT Department Social Services. "Accessing the right long term supports and services at the right time is critical to remaining at home with the desired quality life."

Access to information is a fundamental service in the field of aging - the first step in connecting older adults, families and caregivers to supports, benefits and programs.

Connecticut offers The CHOICES Program to provide information on health insurance and other services. Several years ago, DSS launched Aging and Disability Resource Centers (ADRC's) in collaboration with Centers for Independent Living and Area Agencies on Aging in each region. This expanded the focus to include people over 18 living with disabilities.

Shrinking and uncertain funding have been major challenges for CHOICES and, more recently, for ADRC's. The Connecticut General Assembly recently voted to endorse a statewide ADRC, but funding is federal. Will ADRC's have staff and resources to meet the demand?

Many municipalities, senior centers and libraries also help elder residents and caregivers connect with benefits and programs. In some cities and towns, social workers provide office and home visits to assess seniors' needs, educate them on services, and follow up.

211, community action agencies and various nonprofits also deliver information to many seniors. However, despite all of these efforts, many seniors still don't know where to go for answers to their questions - reflecting the struggling system.

One promising approach is a benefits outreach project that walks seniors through the benefits process. With a modest staffing investment funded by the National Council on Aging, seniors in rural eastern Connecticut accessed $4 million in benefits. This increased their financial security, quality of life and the likelihood that they can remain in their homes. Public/private partnerships around the country also support this approach.

According to Joan Wessell, Executive Director of Senior Resources Agency on Aging, "The effects of deinstitutionalization in the 1970s are still visible on the streets of Norwich. Will communities again be unprepared? Home care service providers in eastern Connecticut do not have capacity to meet current needs so building the direct care workforce is crucial."

All the trends discussed here - growing numbers of older adults, the emphasis on aging in place and community, and the state's goal of rebalancing long-term care - lead to the need for more and better trained direct care workers. The Money Follows the Person Workforce Development Subcommittee, an important player in tackling this issue, says we will need 9,000 more in the next five years.

One challenge is the delicate balance between paying a living wage for workers and making services affordable for individuals, private insurance and government payers. Many home care providers are at the brink of extinction because of low reimbursement rates and can't pay the wages needed to attract and retain more professionalized workers.

Family caregivers, the unpaid workforce, are also experiencing increasing demands on their time and skills. They often need:

Members of Connecticut’s aging network interviewed for this report

CCP launched a new communication summarizing the Top Takeaways for Philanthropy each week, keeping members informed with quick updates related to the coronavirus pandemic and how CCP members can respond effectively and strategically.

CCP's Infographic reviews activities and milestones from 2019, it's 50th Anniversary.

One of the most requested tools by CCP members is Council on Foundations' Report, which offers the most comprehensive information in the field of grantmaking on compensation levels and salary administration.

Evaluation as a Tool for Equity – A Primer on Equitable Evaluation