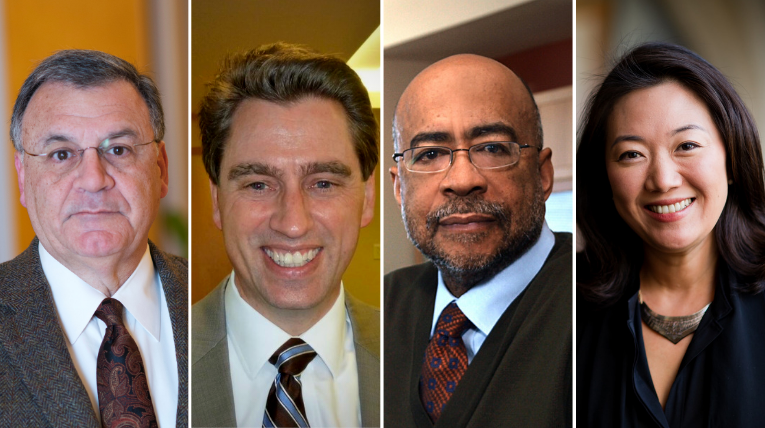 HARTFORD, CT -- Theodore “Ted” Sergi has been elected to serve as chair of the volunteer Board of Directors of the Hartford Foundation for Public Giving – the community foundation for the 29-town Greater Hartford region. Sergi succeeds JoAnn H. Price, who recently completed a three-year term as chair.

Dr. Sergi, who was appointed the Board in 2014, was a longtime educator, and served as Connecticut’s Commissioner of Education and the first CEO of the Connecticut Science Center. He lives in West Hartford with his wife, Barbara.

“Barbara and I love Greater Hartford because of the excellent quality of life, as well as the spirit of optimism in the community and its desire to keep improving and helping every neighbor,” Sergi said.

In other board appointments, Rodney D. Powell was elected vice chair and Andrew R. Worthington was elected treasurer.

Powell, who resides in West Hartford, recently retired after a 41-year career with Eversource Energy. He most recently served as President of Corporate Citizenship where he was responsible for directing and managing the Eversource Energy Foundation, and the Company's social responsibility programs. Powell was appointed to the Foundation Board in 2012 and will serve as chair of the Foundation’s Policy and Strategy Committee.

Worthington, a resident of Manchester, is a partner and Senior Vice President with Long River Wealth Management, an eleven-person wealth management team with UBS Financial Services. He was appointed to the Board in 2015 and serves as chair of the Foundation’s Development Committee.

The Hartford Foundation Board of Directors also announced the appointment of Min Jung Kim to serve as a member of the Board. A resident of Hartford, Kim is the director and CEO of the New Britain Museum of American Art, the first museum of strictly American art in the country.