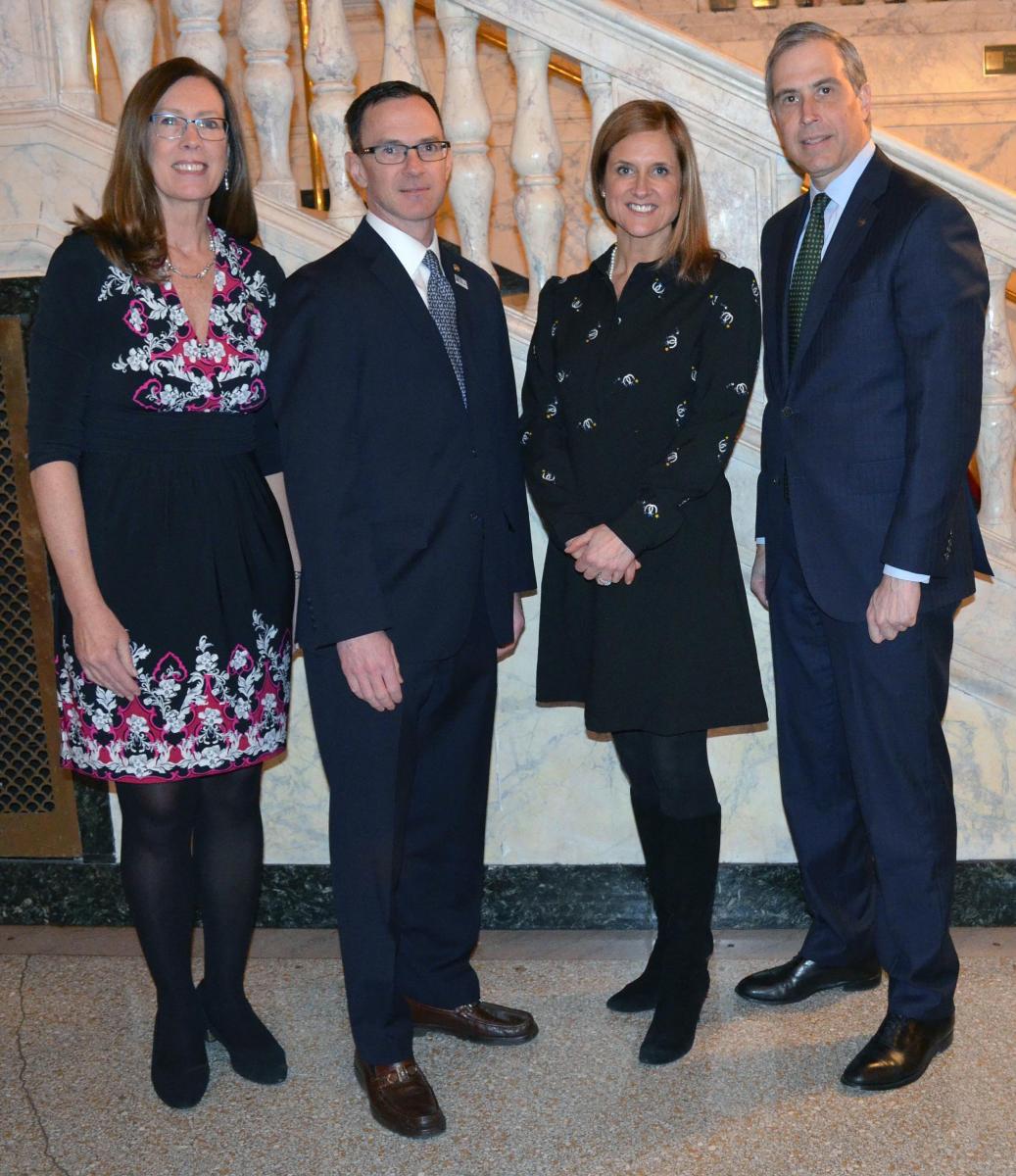 WATERBURY, CT -- Webster Bank today announced its 2018 Webster United Way Employee Campaign garnered a record-breaking $1.55 million through pledges from bankers as well as fundraising events and a corporate contribution – a $53,000 increase from 2017.

“The increase in pledges is a testament to the generosity of our bankers, who step forward in times of need to make a difference in the communities where we work and live,” said Kathy Luria, senior vice president, philanthropy and community affairs at Webster.

Webster’s United Way leadership board, comprised of bankers from across the company including the HSA Bank in Wisconsin, organized fundraisers such as a Step Olympics and a Basketball Challenge as well as an online auction, and other coordinated events to bring attention to the annual online campaign.

“Our bankers’ willingness to give and to get involved speaks to Webster’s core values,” said 2018 campaign chair James Lane, senior vice president, commercial real estate. “It was an honor to lead the 2018 campaign and work with my fellow bankers across the organization to help raise awareness and funds for the vital work United Way does in our communities.”

Webster Bank is a longtime United Way supporter and has raised more than $15 million in the past 10-plus years, which has been distributed in communities across the bank’s footprint.

A bi-monthly benefit of CCP membership, the May 2020 Member eBrief features: XXXXXXXX; Policy UPdates and Job Opportunities. Remember to login to... more »

HARTFORD, CT -- In March, the Hartford Foundation for Public Giving launched the COVID-19 Response Fund to rapidly deploy resources to support the... more »

Regional Organizations Awarded more than $15,000 in Third Round of Grants from Valley Community COVID-19 Response and Recovery Fund