The Community Foundation of Eastern Connecticut, in conjunction with researchers at DataHaven, have developed their first Report on the Status of Women and Girls in Eastern Connecticut. They've examined the conditions affecting women and girls in 5 key areas: economic security, education, workforce development, wellness and wellbeing, and disparities in leadership opportunities. 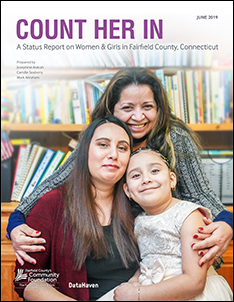 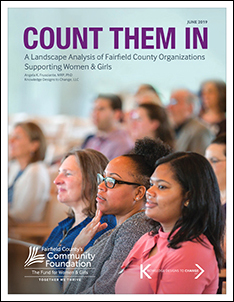 To gauge the needs and service gaps impacting women and girls in our region, as well as service providers, in 2019 Fairfield County's Community Foundation commissioned two bodies of research—Count Her In: A Status Report on Women and Girls in Fairfield County and Count Them In: A Landscape Analysis of Fairfield County Organizations Supporting Women & Girls.

For over thirty years Bridgeport Child Advocacy Coalition has provided Bridgeport with highly valued and comprehensive reports. In the State of the Child in Bridgeport report, you’ll find information on: Juvenile justice and safety; Poverty; Economic insecurity; Early childhood, elementary, middle school, high school, and adult education; Health, well-being, and so much more.

The Greater Hartford Community Wellbeing Index 2019 is the first comprehensive community indicators program for Greater Hartford, covering individual cities and neighborhoods throughout the area. The report was produced by Datahaven with support from Hartford Foundation for Public Giving, United Way of Central and Northeastern Connecticut and other partners.

The third edition of Metro Hartford Progress Points, driven by the Hartford Foundation for Public Giving, is the result of collaboration between nine stakeholders representing local government, businesses, nonprofits, academic and philanthropic institutions and organizations, and including the United Way of Central and Northeastern CT, committed to making long-term progress in our region. The report includes a timeline of past efforts aimed at addressing the region’s long-standing challenges. 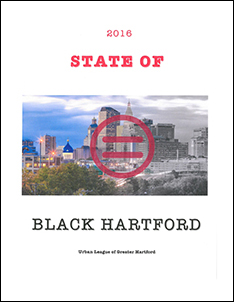 In 1994 the Urban League of Greater Hartford produced the landmark book The State of Black Hartford which, for the first time, provided comprehensive information on the history and issues affecting African and Caribbean-Americans in Hartford. The Urban League has now completed its latest edition of this work, 2016 State of Black Hartford, thanks to a $36,000 grant from the Hartford Foundation for Public Giving.

The city of New Britain has made significant progress on many key human services issues over the past decade, according to the 2018: A Demographic, Social & Environmental Scan, released by the American Savings Foundation. The comprehensive reports draw together data from a wide variety of sources on more than 50 important indicators, from housing costs to preschool enrollment to high school graduation rates.

The Guilford Community Report 2017 highlights the latest demographic, economic, educational, health, and well-being data and trends for the town. The report was produced by the Guilford Foundation in partnership with The Community Foundation for Greater New Haven, and is based on local, state, and federal public data analyzed by DataHaven. 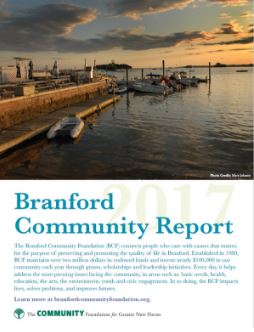 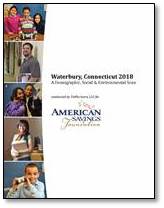 The city of Waterbury has made significant progress on many key human services issues over the past decade, according to the 2018: A Demographic, Social & Environmental Scan, released by the American Savings Foundation. The comprehensive reports draw together data from a wide variety of sources on more than 50 important indicators, from housing costs to preschool enrollment to high school graduation rates.

Understanding the Valley Region, was created by DataHaven in partnership with the Valley Community Foundation, Griffin Hospital, and an advisory committee of dozens of organizations based in the Lower Naugatuck Valley. It reflects the most recent data collection efforts to examine the social, economic, and physical health of the Valley. 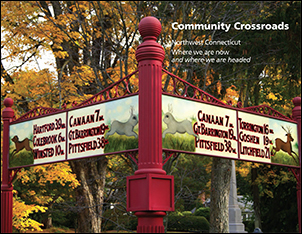 Northwest Connecticut Community Foundation has released, Community Crossroads, an extensive research project focused on the demographic composition of their communities – now and in the future – and core community wellbeing indicators, such as housing, employment, education, healthcare and crime. The purpose of the report is to educate community stakeholders and inspire community discourse to help build collaborative strategies to protect and enhance the welfare of our region. 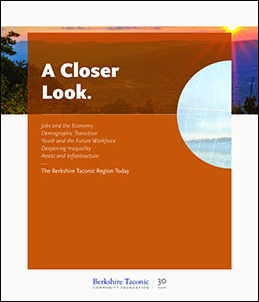 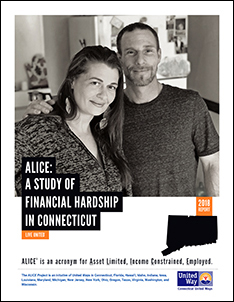 The ALICE Project is an initiative of United Ways in a number of states and provides a framework, language, and tools to measure and understand the struggles of a population called ALICE — an acronym for Asset Limited, Income Constrained, Employed. ALICE is the growing number of households in our communities that do not earn enough to afford basic necessities. The 2018 CT ALICE Report on financial hardship takes a deeper look at the growing financial challenges that require more and more working and middle class families to make tough choices every day as they manage their household budget. 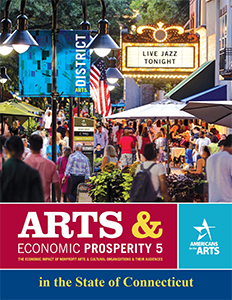 The Arts & Economic Prosperity 5, released in late June, was conducted by Americans for the Arts (AFTA) and documents the economic impact of the nonprofit arts and culture industry. Connecticut Office of the Arts and 6 CT regional arts councils participated as study partners and helped to fuel the largest study of its kind. Nationally, the nonprofit arts and culture industry generated $166.3 billion in economic activity in 2015, and here in Connecticut in 2015, the Arts and Culture industry supported 23,114 jobs throughout Connecticut, and generated $42,528,000 in state and $29,743,000 in local government revenue.

Evaluation as a Tool for Equity – A Primer on Equitable Evaluation

The Connecticut Council for Philanthropy and the CT Community Nonprofit Alliance surveyed their members in an effort to learn how nonprofits and funders were experiencing and responding to financial challenges.

The Connecticut Council for Philanthropy (CCP) reserves the right to cancel or re-schedule any program (including workshops and events) due to inclement weather or unforeseen situations.