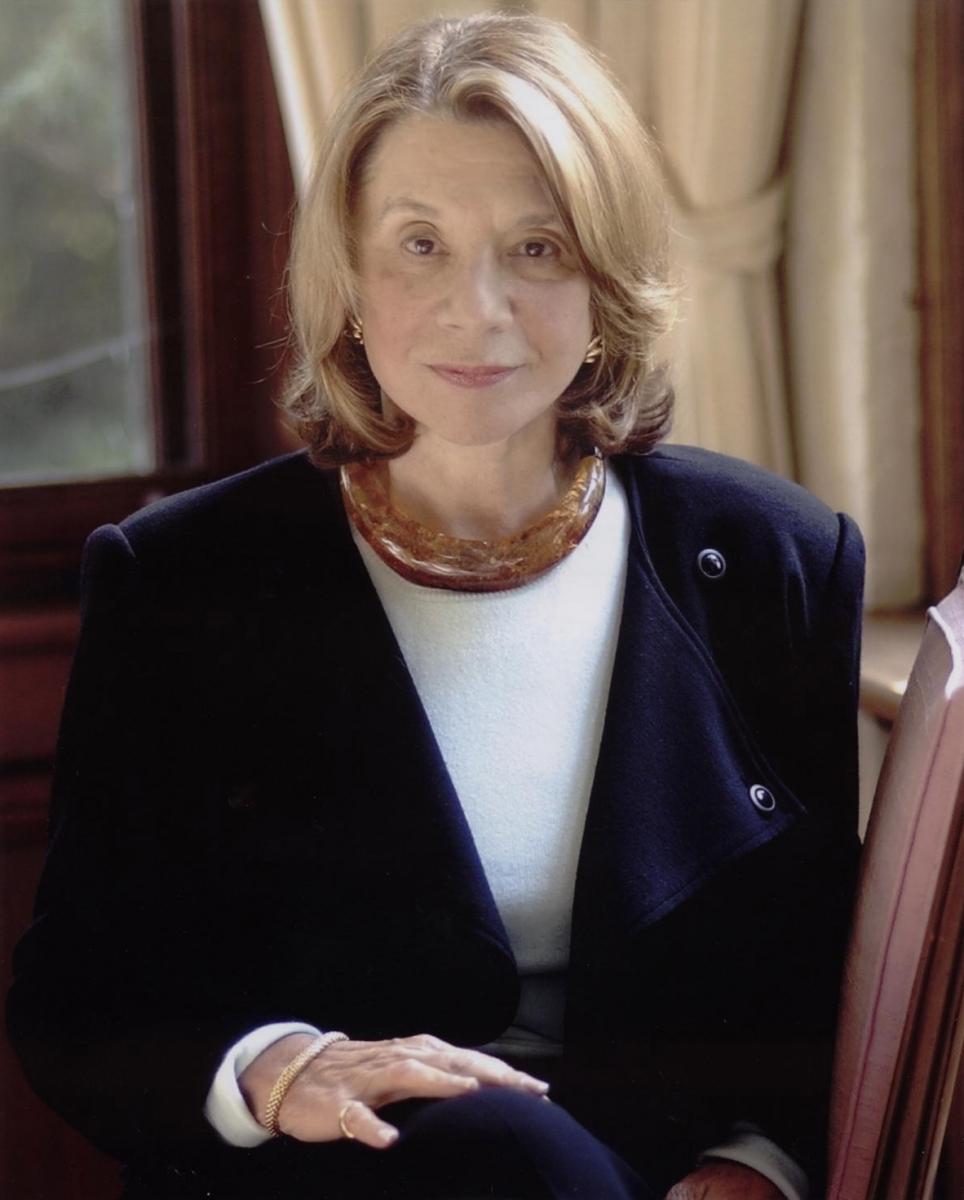 HARTFORD, CT – The Connecticut Council for Philanthropy named BARBARA NETTER the recipient of the 2015 John H. Filer Award for her leadership in promoting private action for the public good.

Barbara Netter, president and co-founder of Stamford-based Alliance for Cancer Gene Therapy (ACGT), has made an indelible impact not only on Connecticut’s thriving philanthropy scene, but also on the global effort to shed light on the need for cancer research and funding.

Ms. Netter is a longtime Greenwich resident and ballast in Connecticut’s nonprofit landscape. She and her late husband, Edward, have been committed philanthropists. Their earlier philanthropy included creating the Netter Center at the University of Pennsylvania which has now funded UCONN as the Regional Training Center for Community School Collaboratives in New England, one of only three centers in the nation.

Their deepest philanthropy began over 10 years ago when tragedy struck; they lost their daughter-in-law to breast cancer. Impelled by both her loss and having to witness firsthand the harrowing side effects from treatments cancer patients must endure, Ms. Netter set out to support and promote cell and gene therapies, a then-fringe science with the potential to battle cancer without the painful side effects brought on by invasive treatments like chemotherapy, radiation and surgery. Ms. Netter and her husband connected with some of the world’s most visionary oncologists to create ACGT. Now, 14 years later, cell and gene therapies are widely considered our best hope in conquering cancer. Watershed research and trials have saved countless lives; supporting these breakthroughs is ACGT, which just recently surpassed the $25 million mark in grant making – and which donates 100% of funds raised directly to research, thanks to the generosity of Ms. Netter.

Ms. Netter’s accomplishments have been outstanding for cancer patients and their families, but also for Connecticut: ACGT has placed the state on the map as a major hub for cancer philanthropy.

About the John H. Filer Award
The award honors the life and work of the late John H. Filer, former chief executive of Aetna Life & Casualty Company, who was known for his bold support of corporate citizenship and who helped reassert the American commitment to private philanthropy in the 1970s. Each year, the award recognizes an individual or individuals who embody an entrepreneurial spirit and leadership in promoting the field of philanthropy, and have demonstrated a creative response to solving societal problems. For more information about the Filer Award including previous recipients visit the Council’s website.

About the Connecticut Council for Philanthropy
The Connecticut Council for Philanthropy is an association of grantmakers committed to promoting and supporting effective philanthropy for the public good. With members representing grantmakers and grantmaking foundations (private, corporate, community), business and corporate giving programs, bank trusts, donor-advised funds, individual philanthropists and those serving the philanthropic sector, the Council is Connecticut’s foremost resource on philanthropy. The organization benefits the larger grantmaking community, the nonprofit sector and the public in the State.