Black Philanthropy Month (BPM), held every August, was created in August 2011 by the Pan-African Women's Philanthropy Network as a world-wide celebration of African-descent giving.

Use the following resources to help learn about, spread the word about, and get involved in BPM.

Hartford Foundation for Public Giving made a video, featuring stories of inspiration from local philanthropists.

Black Philanthropy Giving Circle Fund at Hartford Foundation for Public Giving
As a result of the many passionate discussions on the power of Black philanthropy, and the desire to harness that power into positive impact for the region, this fund was established on June 1, 2015. Through this giving circle, members are able to pool their financial contributions, learn together about a topic of interest or concern, and then collectively decide on a grantmaking recommendation to support meaningful and lasting solutions. Learn more >>

The Prosperity Foundation at The Community Foundation for Greater New Haven
In 2014, it was announced that a new, statewide foundation was being created by African American leaders to serve Connecticut's African American community. The objective? to work with local Black communities to carry-out their philanthropic goals and encourage philanthropy as a means of economic empowerment and civic engagement. Learn more >>

Les Treize at Fairfield County’s Community Foundation
This Bridgeport-area giving circle was founded in 1947 by thirteen professional women who sought to assist fellow African-American students in pursuing college degrees. Since 1992, when the group turned its funds over to the Greater Bridgeport Area Foundation for investment, Les Treize has awarded 470 scholarships totaling $580,341. The organization’s mission of encouraging academic achievement and mentoring college-bound youth aligns strongly with Thrive by 25, a youth initiative spearheaded by Fairfield County’s Community Foundation, which currently stewards Les Treize’s donor-advised fund. 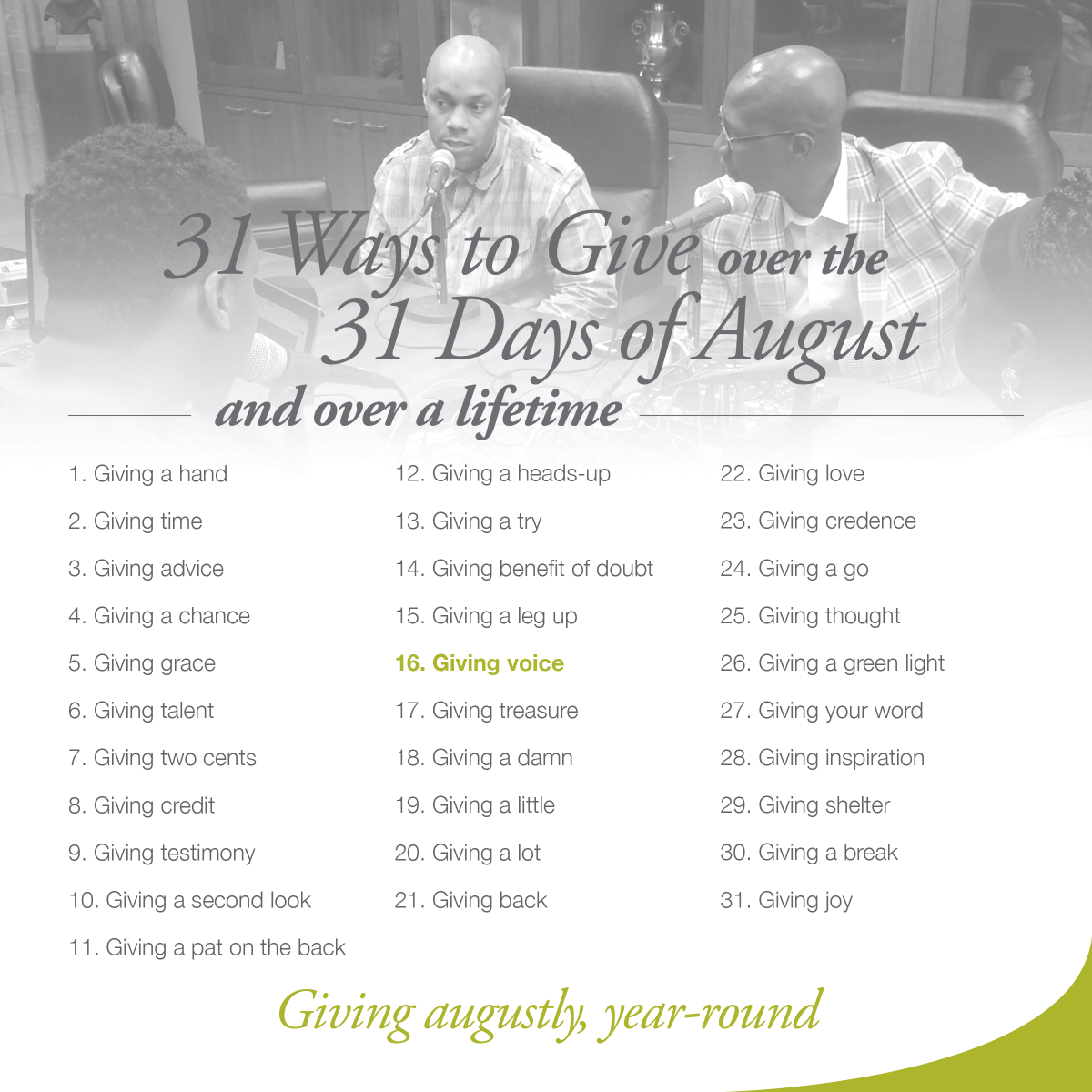 BPM Black Philanthropy Month Participant Guide gives numerous suggestions and ideas for spreading the word, getting involved, for celebrating, for learning, for discussing, for amplifying, for sharing .....

Black Philanthropy Month: Why Embrace It? - Perspectives on Developing a Culture of Giving within Diverse Communities, Supporting Diversity and Inclusion at Indiana University.

Use the hashtag #BPM2020 in your social media to help spread the word about Black philanthropy.

During the rest of the year use #BPM365.

The Black Philanthropy Month website provides resources to help individuals and organizations raise the visibility and celebrate Black philanthropy in August (#BPM2020) and year round (#BPM365).

The Association of Black Foundation Executives (ABFE), a national association membership organization that promotes effective and responsive philanthropy in Black communities, was founded in 1971 in Montreal, Canada as a working group and later became an independent membership organization. ABFE advocates for responsive and transformative investments in Black communities.

Grantmakers for Girls of Color brings together the latest research, data, news, and insights to promote collective strategizing and partnership across philanthropy.

The Giving Back Project (GBP) inspires by reframing portraits of philanthropy with stories, photography and conversation, as in “Giving Back,” the award-winning book that profiles African American giving. GBP  is a joint effort of New Generation of African American Philanthropists (NGAAP-Charlotte)  and Valaida Fullwood, author of "Giving Back," and nationally known creative consultant and project strategist.

FightForHope.com is a website dedicated to celebrating successful African American entrepreneurs with the goal of providing inspiring role models for the youth of America. Many of the accomplished African American businessmen and women featured on the site are also philanthropists and/or give back to their communities.

"I Am A Philanthropist--Diverse Voices in Giving" by D5 Coalition

[philanthropy reframed] a short video from Giving Back Project

Inaugural Changing the Face of Philanthropy Summit - A collective of nonprofit, corporate, foundation and other Black professionals gathered in 2013 for a convening for and about African American millennials.

Learning From Our Past to Enhance Our Future - James A. Joseph's speech at the Council on Foundation's 2014 Fall Conference for Community Foundations.