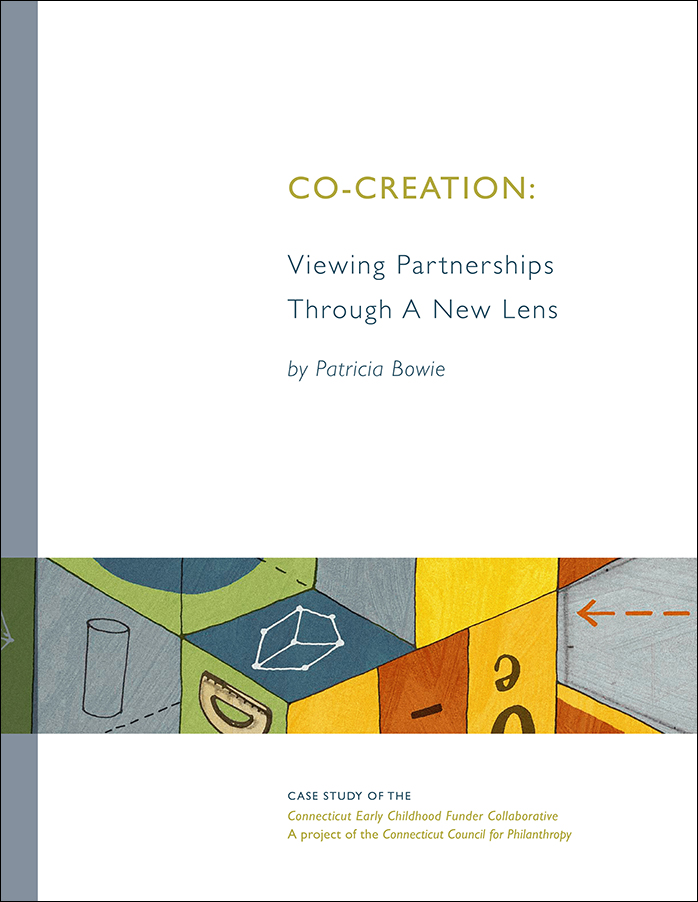 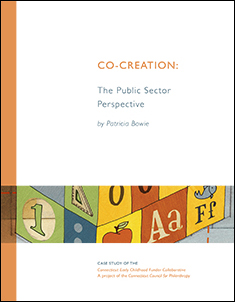 The case studies, written by Patricia Bowie, examine co-creation, an emerging systems change collaboration model which grew out of a funder-and-state partnership. This unique partnership led to the creation by executive order of a new and independent Office of Early Childhood, which was formally approved by the Connecticut State Legislature in 2013.

The two companion pieces, "Taking on New Roles to Address 21st Century Problems" and "Co-Creation: The Public Sector Perspective," look at co-creation from the perspective of a regional association of grantmakers and government partners, respectively.

The Connecticut Early Childhood Funder Collaborative is a project of the Connecticut Council for Philanthropy (CCP) for which CCP serves as fiscal sponsor. The Collaborative comprises 14 funders from around the state who bring many years of experience in supporting and operating programs that serve the needs of children and families.